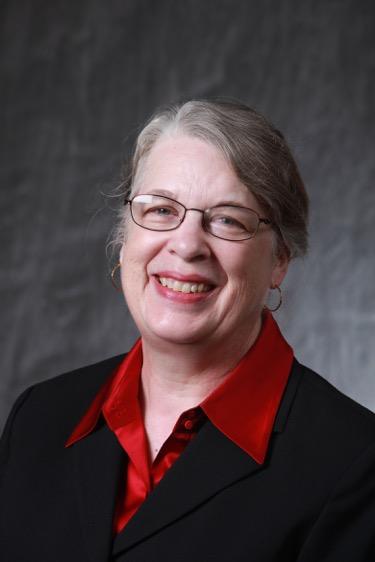 Margaret Lois Patterson Hannay died on August 11, 2016 after a four-year struggle with brain cancer. She was born in Rochester, NH, on December 20, 1944, the eldest child of Dr. Lois Kunz Patterson, biologist, and Rev. Dr. Ralph Patterson, pastor in New England with summers as a Christian camp director, mostly at Deerfoot Lodge in Speculator, NY. Margaret had two brothers, Ronnie who died as a 'blue baby' on the day of his birth, and Ken, a Vietnam veteran and Chief of Operations of the Portland OR District Navigation and Hydrographic Survey Missions of the U.S. Army Corps of Engineers. He died less than a month after his diagnosis of Glioblastoma Multiforme at age 49. Margaret received the same diagnosis in October 2012, but advanced cancer care gave her a much longer life. She was very grateful for the excellent care of her doctors, home health aides, and Community Hospice of Albany County. Margaret went to Wheaton College in Illinois, where she had an excellent education in English literature; she met David Hannay when they were 18, and he was the love of her life. They were married at age 20 and spent more than 50 happy years together. Both Margaret and David continued with graduate school through the Ph.D. and became professors, Margaret in English Literature at Siena College and David in Computer Science at Union College. Along with David she was proud of their daughters Deborah Hannay Sunoo, a Presbyterian pastor married to Ken Kyung Sunoo, and Catharine Hannay, a teacher and creative writer married to Eric Peterman, and of their granddaughters Rebecca Catharine Jin Sunoo and Alina Margaret Yun Sunoo. She felt blessed to live near so many of David's family, raising their daughters in a home inherited from David's grandparents in Westerlo, NY. Dr. Hannay was Professor of English at Siena College from 1980 to 2013. Her specialty was the literature of early modern England, and she frequently taught Elizabethan Literature, English Renaissance Literature, and Shakespeare, as well as the Honors Great Books class for first year students. In 2000 she received the first Raymond Kennedy Excellence in Scholarship Award from the College. At Siena she served as chair of the core curriculum committee, chair of the committee to establish the Honors program, and chair of the English department. Her publications include more than fifty articles and seventeen books, including biographies of C. S. Lewis, Lady Mary Wroth, and Mary Sidney, Countess of Pembroke; seven volumes of editions of works and correspondence by the Sidney family edited with Noel Kinnamon and Michael Brennan; and essay collections, most recently the two-volume Ashgate Research Companion on the Sidneys, 1500-1700, edited with Michael Brennan and Mary Ellen Lamb (2015). Her books have received various "Book of the Year" awards, and her volume on Dorothy Sayers was nominated for an Edgar Award by the Mystery Writers of America. Over the years Margaret received a number of research fellowships including three from the National Endowment of the Humanities and three from the Folger Shakespeare Library in Washington DC. She has served on boards of the Modern Language Association, as Council Secretary of the Renaissance English Text Society, and as national president of the Conference on Christianity and Literature. She was a founder, secretary, and then president of the Society for the Study of Early Modern Women, from which she received a Lifetime Achievement Award. She was secretary and president of the International Sidney Society, which gave her the Jean Robertson Lifetime Achievement Award. Each of these things, she said, was a great joy; she loved teaching, caring for students, attending conferences on the English Renaissance, and sleuthing in the archives in England and Wales for her research. With David, Margaret was an enthusiastic member of First Presbyterian Church of Albany, NY. She served on session, taught classes, and was most recently on the welcoming Membership Committee. She was blessed to have such good friends and pastors in this historic church that welcomes all people and strives to serve those in need. She was most grateful for the similar ministry of Franciscan ideals at Siena College, and for the deep friendship of colleagues there. She also treasured her friendship with colleagues across the English-speaking academic world who shared her research interest in early modern writers. A memorial service will be held at First Presbyterian Church, 362 State Street, Albany, NY 12210, on Sunday, August 28th at 1:00 pm. Memorial donations in Margaret's honor may be given to First Presbyterian Church of Albany for Mission and Outreach.

Share Your Memory of
Margaret
Upload Your Memory View All Memories
Be the first to upload a memory!