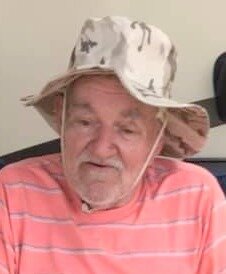 Kenneth (Ken) Beatty, 76, of , passed away . He was a loving husband, dad, grandfather, and great-grandfather.

In accordance with Ken’s final wishes, calling hours and funeral services will not be held.

Ken was married to the late Cheryl Beatty and raised his children and grandchildren while working for the ; after retirement Ken enjoyed spending time with his family. Ken was also employed at Hunter Mountain Ski area and Columbia Golf Course. Ken was an avid fan of the WWE and WWF wrestling and boxing. Ken liked spending time camping and was always more than enthusiastic to partake in a good meal.

Ken was born in on to the late Edna May and John Jay Beatty. In addition to his wife and parents, Ken is also predeceased by his daughters, Michelle Esposito and Joy Tiernan; brothers and sisters, Duke Minkler, Patricia Minkler, Barbara Jean Minkler, Larry Minkler, Melvin Minkler, Edna Beatty, and John J. Beatty; and grandson, Brian Haight Jr.

A Memorial Tree was planted for Kenneth
We are deeply sorry for your loss ~ the staff at A.J. Cunningham Funeral Home - Greenville
Join in honoring their life - plant a memorial tree