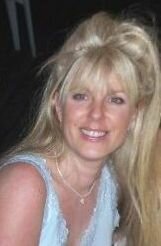 – Faith Ann Pratt, 60, passed away suddenly on . She was born on to the late John and Anna Pratt and was raised in , attending Greenville Central Schools. After graduation, she attended . In 1986, she decided to move to , so she packed up her little Mazda RX7 and made the cross country trip. She settled in , and remained there until her passing. Her last job was as a personal assistant to a brilliant physicist. Her family and friendships were everything to her, except for maybe her love for animals, as she donated regularly to the ASPCA, a tradition she carried on from her mom. She was affectionately known by friends and family as Ya-Ya and Pal. She will be greatly missed by everyone, east to west coast.

A celebration of Faith’s life will be at a later date. In lieu of flowers, donations can be made to the ASPCA. Condolences can be posted at ajcunninghamfh.com.

A Memorial Tree was planted for Faith
We are deeply sorry for your loss ~ the staff at A.J. Cunningham Funeral Home - Greenville
Join in honoring their life - plant a memorial tree

Share Your Memory of
Faith
Upload Your Memory View All Memories
Be the first to upload a memory!
Share A Memory
Plant a Tree