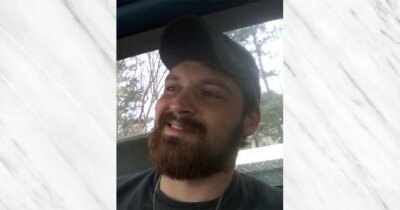 Lukas Michael Welsch, 29, of Ware Shoals SC entered eternal rest on .  Born in he was a son of Bernadine Stanton Peyton and the late Harold A. Welsch.

He was a graduate of . His greatest goal in life was to make people laugh and raise his two sons. He was a devoted father, son and friend. Lukas” unyielding love for life, to have fun and make people laugh, is only surpassed by his great and unwavering love for his family and friends who he loved ferociously. His infectious smile and ability to light up a room was a gift he inherited from his dad.

Lukas had a passion for trucks (Ford’s), motorcycles I’m working on, any junk. And making them work. Another gift from his dad. He will be deeply missed by so many.

Hear the wind and listen, feel the wind, and know I am with you!

Funeral and burial services will be held Saturday, July 30 at at the in , at Lukas request to be laid to rest beside his father.  Condolences can be posted at ajcunninghamfh.com.

A Memorial Tree was planted for Lukas
We are deeply sorry for your loss ~ the staff at A.J. Cunningham Funeral Home - Greenville
Join in honoring their life - plant a memorial tree

Share Your Memory of
Lukas
Upload Your Memory View All Memories
Be the first to upload a memory!
Share A Memory
Plant a Tree