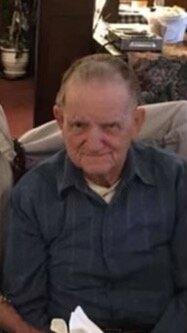 MEDUSA – Manfred J. Geldner, 83, passed away on Monday morning, at his residence.  He was born in on .  He left his birthplace to go to trade school in to learn to be a baker.  He came to in 1958 and owned two bakeries in Bayshore, , where he earned the nickname, “Muffin Man”.  Manfred met Ursula Arndt in in 1961, and they were married on .  Mr. Geldner served briefly in the U.S. Army during the Vietnam War.  In 1982, he moved the family to Medusa and operated Heidi’s Restaurant in until 1989, while operating a home farm at the same time.  He opened Geldner’s Bakery in Medusa and operated that until 2014, at which time he became a full-time farmer until this year.  He enjoyed being with family, and loved his grandsons.  He loved farming, he loved his cows, and he loved his dog, “”.

Manfred has been cremated, and his family will conduct a private remembrance.  In lieu of flowers, donations to the Community Hospice, will be appreciated.  Condolence page is available at ajcunninghamfh.com.

A Memorial Tree was planted for Manfred
We are deeply sorry for your loss ~ the staff at A.J. Cunningham Funeral Home - Greenville
Join in honoring their life - plant a memorial tree

Share Your Memory of
Manfred
Upload Your Memory View All Memories
Be the first to upload a memory!
Share A Memory
Plant a Tree