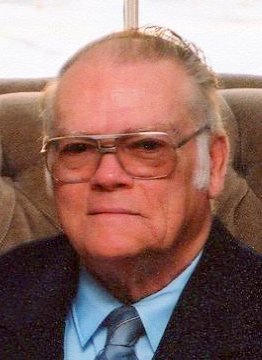 Kent, Ronald W., 82yrs, of Hannacroix passed away on November 7, 2019 in Greene Meadows Nursing and Rehabilitation in Catskill after a long and brave battle with cancer. He was born at home in Medway, NY on March 25, 1937, the son of the late Stanley B. and Cora C. Flansburg Kent. He was stationed in the Army at Fort Benning, GA as an Artillery Survey Specialist, and was Honorably Discharged in 1957. He was a 20yr member of the Medway Grapeville Volunteer Fire Department. He worked at Greenville Central School as a bus driver and a maintenance worker, retiring as head groundskeeper in 1997.  Ron loved creating and building a model train table, riding his motorcycle, gardening and camping with his family. He was a member of the Medway C.C. Church. He was a loving husband, father and grandfather. Besides his parents, Ron was predeceased in 2013 by his beloved wife of 53yrs, Maude E. Bennett Kent.

Calling hours will be held on Monday November 11th from 4 to 7pm at the A.J. Cunningham Funeral Home, 4898 State Route 81, Greenville. A funeral service will be held on Tuesday November 12th at 11am at the funeral home, followed by burial in the Riverside Cemetery in Coxsackie. In lieu of flowers, those who would like to remember Ron in a special way may contribute in his memory to the Community Hospice of Columbia-Greene, 47 Liberty St, Catskill, NY 12414 or to the American Cancer Society, 1 Penny Ln, Latham, NY 12110 . Condolences can be posted at ajcunninghamfh.com.

Share Your Memory of
Ronald
Upload Your Memory View All Memories
Be the first to upload a memory!