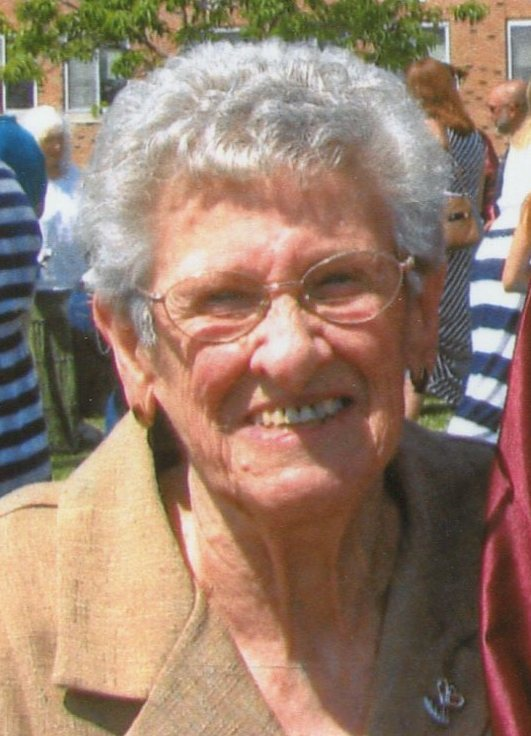 Get Directions
Monday
27
May

GREENVILLE – Anita (Rizzuto) DeGiovine entered eternal life on May 23, 2019 surrounded by her family. Anita was born on March 1, 1928 to the late Elizabeth (Steck) and Leonardo Rizzuto in Brooklyn, NY. She had an older step-brother and sister, Charles Ganzert and Catherine Reno. She had a younger sister, Caroline (Rizzuto) Badami. All predeceased her. Anita attended PS 214 and East New York Vocational School, where she graduated with a secretarial degree. She worked for a time in the fashion industry in NYC before marrying Richard DeGiovine on November 26, 1949. Anita and Richard had five children: Christopher, Leonard (Jyl), the late Richard (Cindy), Stacey, and Maria (Mark) Jennings. She has 9 grandchildren, 9 great-grandchildren, and 1 great-great-grandchild. After the death of Richard, Anita married James (bud) Schaeffer and enjoyed many years traveling and enjoying retirement. Anita and Richard moved their family to Greenville in 1955, where she has resided ever since. In addition to the fashion industry, Anita worked in the insurance and hospitality industries. Anita was a woman of great faith, who treasured her parish of St. John the Baptist and served many ministries there. In her retirement, Anita served on and traveled with several senior citizen groups. But, by far, Anita's greatest passions were caring for her family, making friends wherever she went, and cooking fantastic meals. Special thanks to her caregivers, who became family during her prolonged illness: Kelly Marfioti, Melissa Lovelock, and Renee Chase. The world is sadder today for her departure. May she rest in peace. Calling hours will be held on Sunday May 26th from 4 to 8pm at A.J. Cunningham Funeral Home, 4898 State Route 81, Greenville. A Mass of Christian Burial will be held on Monday May 27th at 12pm at St. John the Baptist Church, 4987 State Route 81, Greenville, followed by burial in Hannacroix Rural Cemetery. Donations in Anita's memory can be made to St. John the Baptist Church, PO Box 340, Greenville, NY 12083. Condolences can be posted at ajcunninghamfh.com.

Share Your Memory of
Anita
Upload Your Memory View All Memories
Be the first to upload a memory!