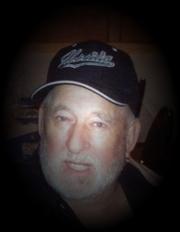 Charles &quot;Little&quot; William Clickman, Sr., 70, beloved and devoted husband, father, grandfather, brother and friend, passed away December 13, 2009, after being stricken suddenly at home. He was born August 24, 1939, in the family car on Rt. 85 on Salem Hill on the way to what was then the Brady Memorial Hospital in Albany, NY. He was the son of the late Charles Walter Clickman, of Westerlo, NY and Florence Clickman, now of Altamont, NY. Charles was a loving and committed family man, and a devout Christian. His loss leaves his family bereft of his caring and dear presence. He was determined to make his family members lives full of love and Charles was a true friend to many. He was known for his honesty and quiet generosity. When he retired seven years ago, he was able to enjoy babysitting his youngest granddaughter, spending winters in Florida with his wife, vacationing with the family in Ocean City, MD, and getting together for wonderful family picnics and events. He will be truly missed by family and friends. He loved hunting, watching Westerns, babysitting, sunbathing on the beach and visiting with family and friends. He attended Westerlo schools, and worked on his parents' farm on Willsey Road in the Town of Rensselaerville. In 1958, when he was 19, he hitchhiked across the U.S. and back. Upon his return, he worked on various farms, including that of Larry Cooke and D.K. Ormsbee. Charles enlisted in the U.S. Navy in 1960, and served until 1964, receiving an honorable discharge. He worked on the Howard Gifford farm, and then the Avant Tree Company, setting poles for the telephone company. Charles and his soul mate and future wife-to-be, Wanda Carole Chase, had grown up on neighboring farms on Willsey Road. On February 19, 1966, they were married, and had their first child, Charles, Jr., later that year. That same year, Charles went to work at Hannay Reels in Westerlo, and retired form Hannay's in 2002, after 35 years in assembly &amp; carpentry. Charles and Wanda bought their first home in South Westerlo in 1968, and lived there for 15 years. Their daughter, Wendy Carole, came along in December of 1969. In 1983, the Clickmans moved to their present home on Spring Valley Road in Hannacroix, just outside of Greenville. Charles loved his home, and enjoyed keeping it in tip-top condition. He also loved their winter home in Zephyrhills, FL that they purchased in the fall of 2006. Charles loved their January and February escapes to the warm temperatures of sunny Florida and the delightful camaraderie they enjoyed with their Zephyrhills neighbors. Charles also enjoyed the annual family vacations in ocean City, MD. Charles and Wanda started going in 1986, bringing their children, and joining up with sisters, brothers, nieces and nephews on these weeklong beachside getaways. The tradition has passed on to include the next generations as well. In October, Wanda surprised Charles with a 70th birthday party at Quarry Steakhouse. Charles truly enjoyed the gathering of family and friends, and kept remarking about how wonderful of an event it was, that included loving tributes by his wife, son, daughter, son-in-law and others. Besides his wife, Wanda, of 43 years, he is survived by son, Charles &quot;Guy&quot; William Clickman, Jr., (Nancy), daughter, Wendy Carole Robie (Daniel); grandchildren, Elaina and Zachariah Clickman, and Olivia Robie; sisters, Shirley Salisbury (William), Joan Hensley (Kenneth), Carol Chase (Richard), and Sharon Mycoff (Clark); sisters-in-law and brothers-in-law, Clifford &quot;Sonny&quot; Chase (Janice), Richard Chase (Carol), Gary Jon Chase (Joyce), Barry Mark Chase (Carol Ann), Galen Chase (Rachel), Linda Chase and Melony Shaver (Doyle); several nieces, nephews and cousins; and many dear friends, including Curt, Dianna and Nicholas Carl and Nick and Diamato Mavromihalis among many. He was predeceased by his father, Charles Walter Clickman, who passed away December 9, 1995 at age 77, and his brother, Kenneth Dale Clickman. Funeral service will be Friday at 1:00 PM at the Cunningham Funeral Home, 4898 SR 81, Greenville, NY 12083. Friends may call at the funeral home on Thursday from 4 to 8 PM. Interment will be in the Medusa Cemetery on County route 403. Please consider a donation to the Greenville Rescue Squad or Albany Medical Center Trauma Unit in celebration of Charles' life. Light a Candle or leave a Memory at ajcunninghamfh.com.
Print
Friday
18
December