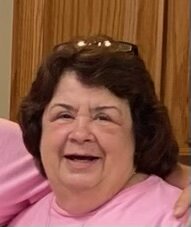 Obituary of Deborah A. Cantwell

RAVENA - Deborah A. Cantwell (Canastra), 62, passed away peacefully on . She was born in on to the late Richard and Helen Feuerhahn Lang. After being raised on , the family moved upstate, and for her senior year, she attended and graduated from . In 1980, she married the late Timothy Canastra, and together they had three children, whom she raised before going back to school. Debbie graduated from with a degree in nursing, and worked in various nursing homes and hospitals, most recently working for YesCare at the Coxsackie Correctional Facility. She had resided in Oak Hill, , and after she married Michael F. Cantwell in 2018, they resided in Ravena. Debbie was a past president of the Oak Hill Ladies Auxiliary, a volunteer for the Durham Ambulance, and was known in Oak Hill as the neighborhood nurse. She loved cooking, and would cook for everyone. She enjoyed swimming and watching gory medical shows. More than anything, she loved being a grandma.

Debbie's family would like to offer thanks to the nurses and staff of the Hospice Unit at St. Peter's Hospital for the special care and kindness that was shown to Debbie and the family.

Debbie has been privately cremated. Calling hours will be held on Friday, January 6th from to at the A.J. Cunningham Funeral Home, 81, , followed by a memorial service at . In lieu of flowers, donations can be made to the Durham Ambulance, . Condolences can be posted at ajcunninghamfh.com.

Share Your Memory of
Deborah
Upload Your Memory View All Memories
Be the first to upload a memory!
Share A Memory
Plant a Tree