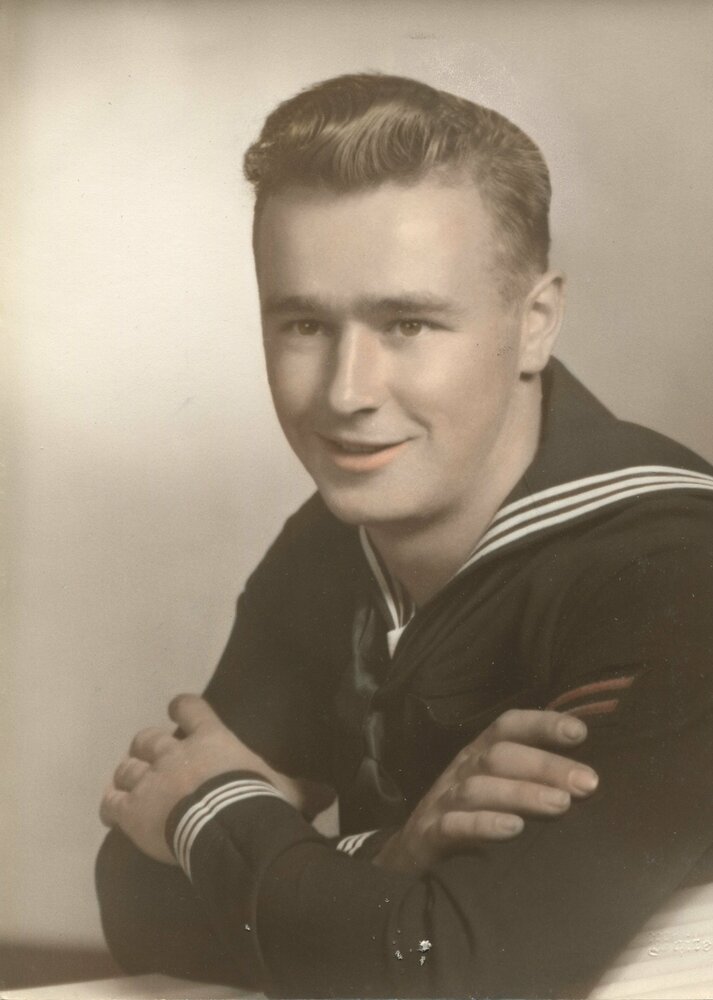 George W. Sibbert, 91, passed away . He was born on , in to the late Henry and Sophie (Testin) Sibbert.

George moved to the family farm in Hannacroix in 1948, he later joined the U.S. Navy in January of 1951. He served as an electrician foreman on the USS LSMR 522 during the Korean War, and later he was Honorably Discharged in November of 1954. He continued in the electrical field and joined the IBEW Union Local 336 for the area until his retirement in 1997.

He was predeceased by his brother Fred and his wife Ann, and brother-in-law Dick Fenton, as well as his father and mother in-law Manley and Ruth (Olmsted) Wiltsie.

Calling hours will be held on Thursday, December 15th from to at A.J. Cunningham Funeral Home, 81, . Pastor Will Balta will conduct a service at 5pm. Officers and members of Medway-Grapeville Volunteer Fire Company will conduct a firematic service at . American Legion Post 291 will conduct services at 5:45 pm. Interment will be on Friday, December 16th at 1 pm. at Gerald B.H. Solomon Saratoga National Cemetery. In lieu of flowers donations in George’s memory can be sent to the Greenville American Legion Post 291, or Medway-Grapeville Volunteer Fire Company, .

Condolences may be left at http://www.ajcunninghamfh.com/.

Share Your Memory of
George
Upload Your Memory View All Memories
Be the first to upload a memory!
Share A Memory
Plant a Tree