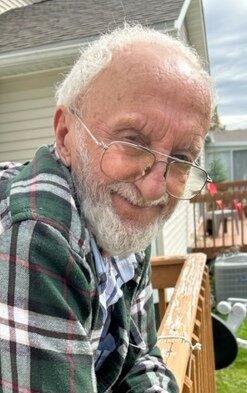 GREENVILLE – Donald M. Olmsted, Jr., 85, passed away on Tuesday November 29, 2022. He was born on March 31, 1937 in Catskill to the late Donald Olmsted, Sr. and Muriel Burdick Cook. A lifelong resident of Greenville, he attended Greenville Central School. Don was a truck driver for Van Auken Express for 30 years, retiring in 1997. He also worked for the Town of Greenville. Don was a member of the Norton Hill Wildlife Club and of the Greenville Local Snowmobile Club, having been a flagman at local snowmobile races. He enjoyed wood carving unique hobit houses, playing shuffleboard, relief carving, camping, and traveling to Arizona. In addition to his parents, he was predeceased by his brothers, Danny and David.

Share Your Memory of
Donald
Upload Your Memory View All Memories
Be the first to upload a memory!
Share A Memory
Plant a Tree