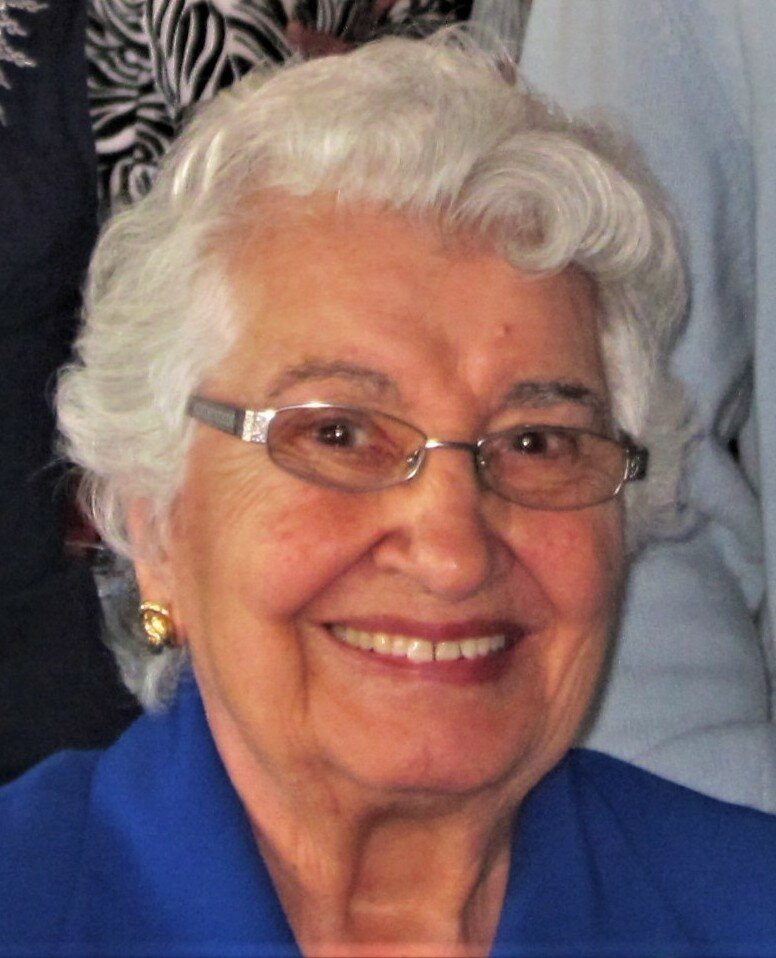 - Rosina Mirabelli died peacefully on at St Peter’s Nursing Home in . She was born on in .  At seven years old, she came to the with her mother and brother to join her father in NYC. She was married in 1948 to Sam Mirabelli. They moved to in 1950 and that became their home. She worked as a seamstress to help support her family. Widowed in 1980, she later cared for her parents and provided child care for her grandchildren. Rosina was an active member of the , the Rosary Altar Society and served as a Eucharistic Minister. She enjoyed opera, travel and gardening, but above all, she enjoyed the close company of her family - Sunday dinners were the highlight of her week. Her unfailing love will be greatly missed. In addition to her parents, Pasquale and Teresa Melfi, and her husband Sam, she was predeceased by her brother Frank and his wife Maria and many other family and dear friends.

Rosina is survived by her four children, Thomas (Linda Swartz), Robert, Eileen (former son-in-law Andrew Elsbree), and Linda (David Lord). She is also survived by five grandchildren, Alida Elsbree Fabian (Mike), Caleb Elsbree, Liz Mirabelli Nye (Dan), Emma and Rita Lord, and 2 great-grandchildren, Eva and Cori Fabian, who were a source of great joy. The family would like to thank the staff at St Peter’s Nursing Home for their compassionate care.

Calling hours will be on Friday, October 21st from at the A.J. Cunningham Funeral Home, 81, . A Funeral Mass will be held on Saturday October 22nd at at the , 81, , followed by burial in the .  Memorial donations may be made to the , PO Box 340, . Condolences can be posted at ajcunninghamfh.com

Share Your Memory of
Rosina
Upload Your Memory View All Memories
Be the first to upload a memory!
Share A Memory
Plant a Tree