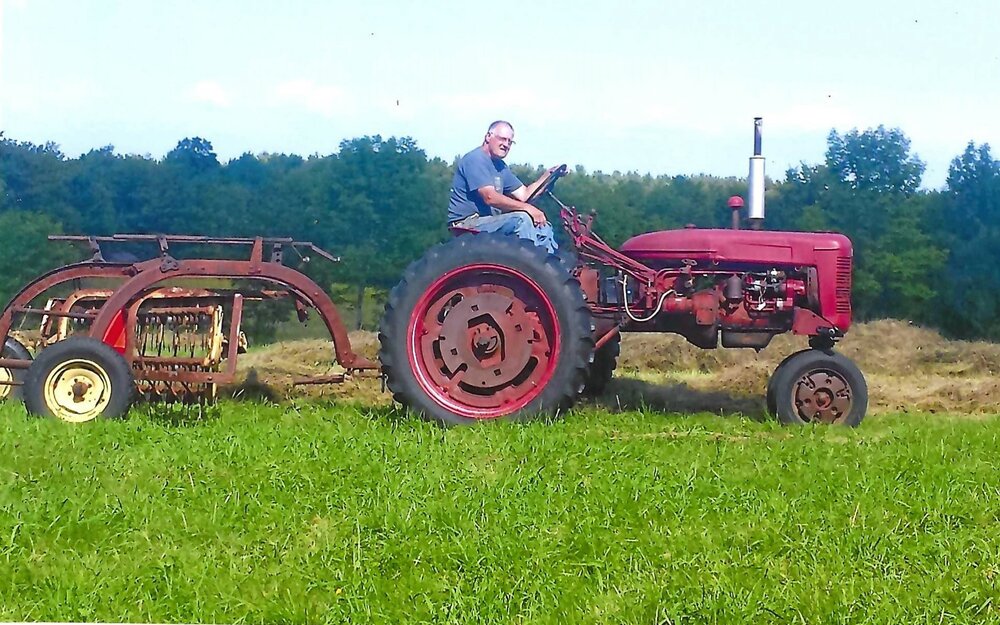 Kenneth P “Kenny” Crounse of , passed away peacefully on . Born on , in to Elton and Gladys Ouderkirk Crounse and raised in New Scotland. He was predeceased by his parents, brother Raymond Crounse, and brother Ralph Crounse who died in infancy. He leaves behind his 3 sons, John Crounse, Kenneth Crounse II (Laurie), Aaron Crounse; and 3 grandchildren, Justin, Nikolas and Alex Crounse; his brother, Elton Crounse Jr (Linda); Stephanie Slater (who is like a daughter) and many nieces and nephews.

Kenny went to and studied Blacksmithing when he was young and then turned his attention to carpentry where he became a true master of his craft and loved his work. He worked on many projects around New Scotland and the Hilltowns and was always willing to lend a hand. He was also a hobby farmer who enjoyed baling hay and raising cows and pigs. He also loved to golf and spend time chatting with his friends at Stewart’s over coffee. These were the highlights of his later years.

To honor Kenny’s memory, we are holding a celebration of his life on September 4th between and at the Glen Doone Pavilion in . We invite anyone who knew him to attend and remember his life and share memories. Although there will be tears, we plan for this to be an uplifting and happy event to laugh, share stories, and remember a life that has touched us all. If you are planning on attending, please reach out to Stephanie either by call or text at 518-441-7974. Please let us know so we can have a head count for food.  Memorial donations to the charity of your choice will be appreciated. Condolence page is available at ajcunninghamfh.com.

A Memorial Tree was planted for Kenneth
We are deeply sorry for your loss ~ the staff at A.J. Cunningham Funeral Home - Greenville
Join in honoring their life - plant a memorial tree