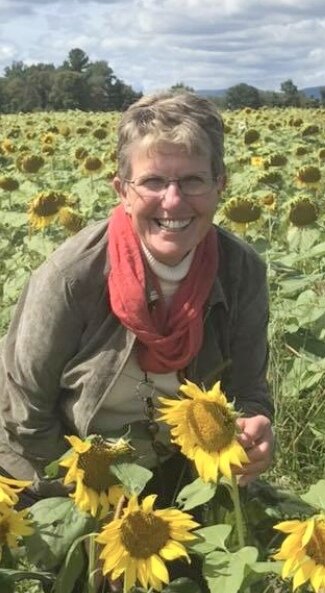 Jeanne P. Burke was granted her angel wings on Monday May 9, 2022. Her final days were spent at her home surrounded by her precious family and friends. She was born January 11, 1947 to Henry and Ethel (Walseman) Korn in Brooklyn, NY and she grew up in East Meadow, NY. Jeanne graduated from East Meadow High School and shortly after started her long career with Bell Atlantic (Verizon) as an Administrative Assistant, where she was employed for almost 30 years. Jeanne married Dennis L. Burke on April 28, 1968. Together they raised their two sons Dennis P. and Stephen in Freeport, NY until 2004, when they moved upstate to Greenville. Jeanne was a member of the Our Holy Redeemer Church in Freeport, NY and Asbury United Methodist Church in Greenville, NY. She was an avid supporter of her children and grandchildren, often being in attendance at their many sports games, dance recitals, school events and musical productions. She took great joy in watching them do what they love. Jeanne also enjoyed crafting, stamping and cross stitch. She was always up for a shopping trip, lunch with her friends or attending local school musical productions. One of her favorite things was hosting and gathering with family, she enjoyed spending quality time with those she loved most. She was preceded in death by the love of her life Dennis L. in 2006, as well as her parents, Henry and Ethel Korn, and her in laws Leroy and Margaret Burke. All of whom she missed so deeply and we know they are together again. Jeanne is survived by her loving sons and daughters-in-love, Dennis P. and Jennifer Burke and Stephen and Kristina Burke; her adoring grandchildren, Ryan and Kaylee Burke, and Andrew and Ethan Searing-Burke; her sister and brother-in-law, Nancy and Paul Saueracker; her best friend of 72 years, Linda Garbutt and her husband Russell; two sisters-in-law, Diane (Christopher) Fell and Shelley Burke; and numerous nieces, nephews and cousins. Visitation will be Monday, May 16th from 4pm to 7pm at AJ Cunningham Funeral Home, 4898 State Route 81, Greenville, NY 12083. Funeral Services will be held Tuesday, May 17th at 11am at The Asbury United Methodist Church, 5830 State Route 81, Greenville. Interment will follow at the Greenville Cemetery. In lieu of flowers, donations can be made in her memory to either St. Jude’s Children’s Research Hospital, the Shriner’s Hospital for Children or to the American Cancer Society. Condolences can be posted at ajcunninghamfh.com.
Monday
16
May

Share Your Memory of
Jeanne
Upload Your Memory View All Memories
Be the first to upload a memory!
Share A Memory
Plant a Tree