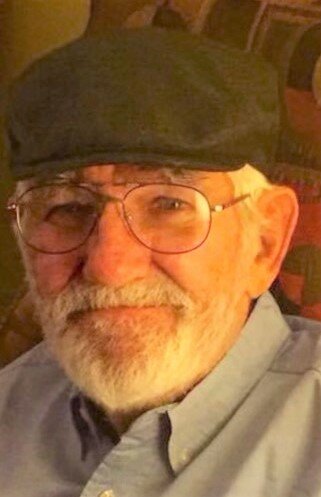 GREENVILLE - Cornelius Thomas “Neil” McHugh, 90, passed away peacefully at his home on Wednesday March 16, 2022 surrounded by his loving family. Neil was born May 5, 1931 at Saint Elizabeth Seton Hospital in New York City to the late Cornelius A. and Esther Grady McHugh. Raised in South Ozone Park, Queens, Neil attended the Bishop Loughlin High School in Brooklyn, and after graduation, he continued his education at St. John’s University where he obtained his BA in Business Administration. Neil furthered his knowledge in the field, attending New York University and received the honor of a Masters Degree in Business Administration. He worked his entire life in the insurance field and retired as a claim’s supervisor. Neil entered the Air Force in 1949 and was Honorably Discharged in 1950. Neil married Suzanne Smith and together they raised their family in West Hempstead, NY, as well as Massapequa NY, and after retirement, he and Suzanne moved to Greenville. Neil was a proud active member of the Greenville American Legion Post 291, Our Lady of Knock Council 6439 Knights of Columbus of East Durham, and the Greenville Irish American Club. Neil was an avid reader in history, he loved fishing and boating. In addition to his parents, he is predeceased by his infant sons, Peter and Francis; brothers Joe, Jimmy and Phil; and brother-in-law, Larry. He is survived by his wife of 62 years Suzanne; children, Clare, Andrew (Quelia), Ann (Clare), Patricia, Michael (Samantha), and Thomas; grandchildren, Caren, Cathe, Cort, Ryan, Jack, Alec, Charlie, Patrick, Jorge, and Peter; siblings, Sr. Ann, Essie (Harold), Kay, MaryJane (Tom), Jerry (Fay), and Donny; sisters-in-law, Maureen and Diane; and a host of nieces and nephews. Family and friends are invited to calling hours on Sunday March 20th from 3pm to 7pm at the A.J. Cunningham Funeral Home, 4898 State Route 81, Greenville, NY 12083. Officers and members of Greenville American Legion Post 291 will conduct a service at 6:30pm. A Mass of Christian Burial will be offered Monday March 21st at 12noon at St. John the Baptist Church, 4987 State Route 81, Greenville, NY 12083. A committal service will take place with full military honors on Tuesday March 22nd at 1pm at the Long Island National Cemetery, 2040 Wellwood Ave, Farmingdale, NY, 11735. Condolences can be posted at ajcunninghamfh.com.
Sunday
20
March

Share Your Memory of
Cornelius
Upload Your Memory View All Memories
Be the first to upload a memory!
Share A Memory
Plant a Tree