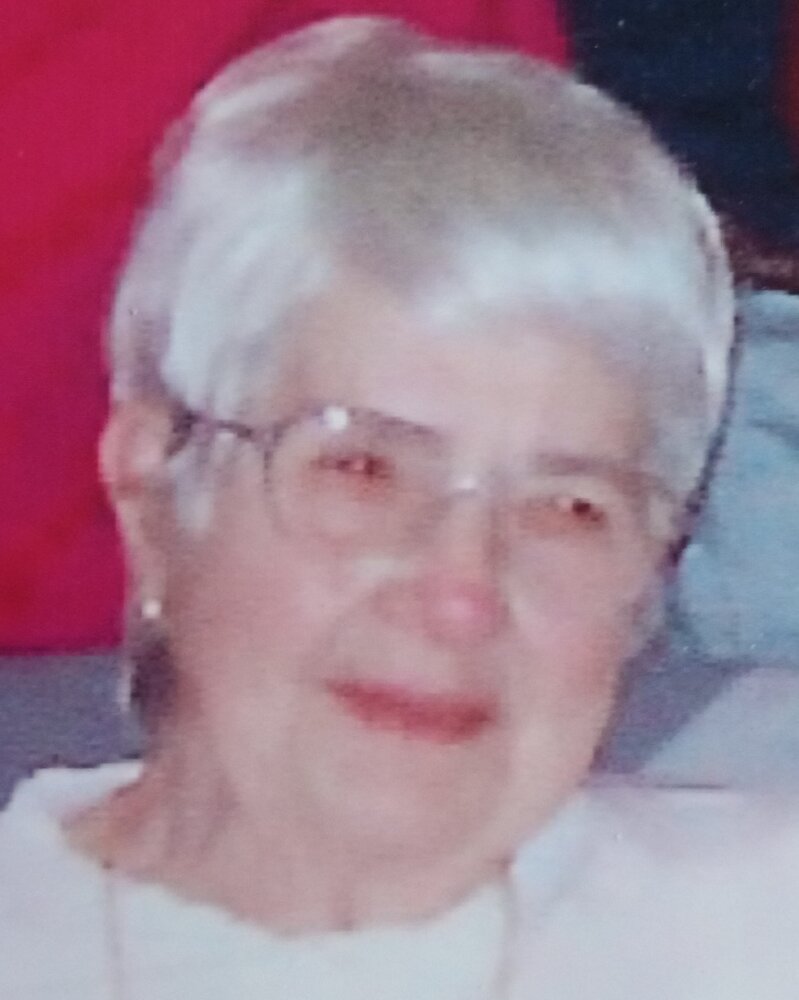 WARWICK – Elizabeth J. “Betty” Elwyn, 94, entered into eternal and peaceful rest on Saturday, January 8, 2022 at Schervier Pavilion Nursing Home in Warwick. Betty , as she was known by her many friends and relatives, was born on July 17, 1927 in Passaic, NJ, and was a long time Orange County and Greene County resident. A city girl, she met, fell in love, and married Henry S. Elwyn, Jr., an adventurous farm boy returning home from WW II. Although he had many jobs and business ventures over the years, she worked alongside him in his endeavors, whether it was driving a farm tractor or keeping the books, while raising five children, numerous cats and dogs, and occasionally chickens. In the 1950’s, 60’s and 70’s, they lived in Harriman, where she worked as a secretary and bookkeeper for Nepera Chemical Company, and later as the Harriman village clerk. After the children were grown and on their own, Betty and Henry decided to give small scale farming in Medusa a try, but since bookkeeping was what she did best, they eventually moved to Freehold, in an old Victorian house she helped restore, and she took a job as bookkeeper at Oren’s Furniture in Catskill until she retired. Betty enjoyed camping, water skiing, scuba diving, and old bottle collecting with her family. In her later years, she was active on social media, loved to read, knit, and collect things. She moved to Warwick seven years ago when she could no longer drive, to be near her daughter Betty. Memories of Betty will be cherished by her sister, Viola Mante; her five children, Kathleen Cook, Betty Charleston, Henry, Gary, and Stanley Elwyn, their husbands, wives and partners; eight grandchildren, several great-grandchildren, nieces and nephews, a large extended family, and the many friends she made over the years. Betty was predeceased by her parents, Fred and Sylvia Tice; brothers, Fred and Norman Tice; sister, Amy Rose; her beloved husband of 61 years, Henry S. Elwyn, Jr., who died August 20, 2007; brothers-in-law, sisters-in-law, nieces and nephews. A calling hour will begin at 12 noon on Saturday, January 15th at A.J. Cunningham Funeral Home, 4898 State Route 81, Greenville, NY 12083, followed by the funeral service at 1 p.m. Spring burial will be in Medusa Cemetery. In lieu of flowers, the family asks that you consider a donation in her memory to the Columbia-Greene Humane Society, 111 Humane Society Road, Hudson, NY 12534, or a charity of your choice. Condolence page is available at ajcunninghamfh.com.
Saturday
15
January

Share Your Memory of
Elizabeth
Upload Your Memory View All Memories
Be the first to upload a memory!
Share A Memory
Plant a Tree