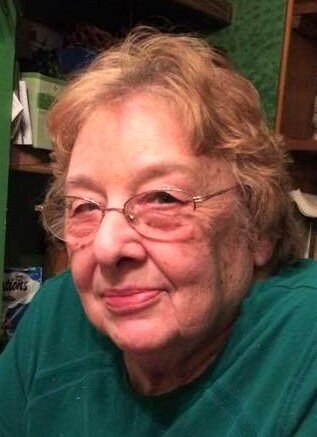 Obituary of Barbara A. Fuegmann

EAST DURHAM – Barbara A. Fuegmann, 78, passed away on Sunday December 26, 2021 at Columbia Memorial Hospital after a short illness. She was born in Catskill on May 9, 1943 to the late Donald and Emma Spencer Hull. Raised in Durham, she was a graduate of Greenville Central School. Barbara was then married, and had her only child, Wanda. In 1985, Barbara married Maxwell Fuegmann, and they spent 36 years together, until his passing on April 24, 2021. She worked for various places, including American Thermostat, McQuillen Wood Products, Elm Rest, and Gavin’s Golden Hill Resort. Barbara was a member of the East Durham Volunteer Fire Company Ladies Auxiliary and was a girl Scout Leader. She was an avid crocheter and she would donate all the blankets that she made to the veterans. She also loved her dog, Whiskey. In addition to her parents, she is predeceased by her husband Maxwell Fuegmann; her brother, Arnold Melvin “Butch”; and her sister, Carol Hull. Barbara is survived by her daughter, Wanda Stannard; her grandchildren, Jeanette Packard, Amy (John) Halvorsen of Albany, James (Desire) Ravenscroft of South Carolina, and Aidon Stannard; her great-grandchildren, Makayla and Ethan Ravenscroft of Athens, and Andres Ruiz-Velez of South Carolina; her sister, Beverly Hoffman of Goodyear, Arizona; her sisters-in-law, Lynda Fuegmann of Howe Caves and Linda Fuegmann of Minot, North Dakota; and many nieces and nephews. Barbara has been privately cremated. In lieu of flowers, donations can be made to the East Durham Volunteer Fire Company, PO Box 92, East Durham, NY 12423. Condolences can be posted at ajcunninghamfh.com.

A Memorial Tree was planted for Barbara
We are deeply sorry for your loss ~ the staff at A.J. Cunningham Funeral Home - Greenville
Join in honoring their life - plant a memorial tree

Share Your Memory of
Barbara
Upload Your Memory View All Memories
Be the first to upload a memory!
Share A Memory
Plant a Tree