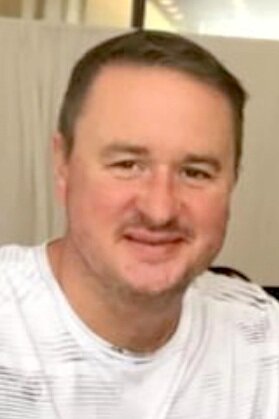 Matthew Stephen Mikulski, of South Bethlehem, NY, died peacefully on Monday October 4th. He was an organ donor and was able to save two lives by donating both his kidneys. Matthew was born on January 7, 1980 in Camarillo, California. He grew up in North Brunswick, NJ and moved to the Poconos at 21 years old. In Broadheadsville, PA, Matt met the love of his life, Amanda Marie Gager, and they had two sons Colin and Christian Mikulski. He joined the Brotherhood of the IBEW Local 164 out of Northeastern, NJ and worked there as an industrial electrician for 20 years. During his lifetime Matthew raised his family in Pennsylvania, New Jersey, and New York. Matt was an incredibly hard worker who was the sole bread winner of the family. He enjoyed Amanda’s cooking, spending time with his sons, listening to Colin play guitar, and watching Christian play shortstop and get hits on the baseball diamond. Matt was an avid Yankees, Giants, and Knicks fan. He was a history buff and enjoyed watching the History Channel. He had a sharp wit and laid back demeanor. Matt worked just as hard on his sobriety as he did being a loving spouse and father. He succumbed to his Higher Power and is presently in the loving arms of his Heavenly Father. Matthew is survived by his love, Amanda Marie Gager; his sons, Colin and Christian Mikulski; his parents, Stephen and Jacqueline Mikulski, and Patricia Lyons; his brothers, Daniel and Eric Mikulski; his sisters, Alissa Troyer (Brian), Kelly and Kimmy Lyons; and his nephews, Aiden and Ian. He is also survived by his in-laws Sean and Penny Gager; and brother in law Sean F. Gager (Lauren). Along with so many aunts, uncles, cousins, and friends. Matthew will be missed dearly and his memory cherished by all who knew him. A calling hour will be held on Saturday October 9th from 9:30-10:30am at St. Patrick’s Church, 21 Main St, Ravena, NY 12143, followed by a Funeral Mass at 10:30am. He will then be privately cremated. In lieu of flowers, donations can be made the Mikulski Sons Education Fund c/o A.J. Cunningham Funeral Home, PO Box 146, Greenville, NY 12083. Arrangements by A.J. Cunningham Funeral Home, Ravena. Condolences can be posted at ajcunninghamfh.com.
Saturday
9
October

Share Your Memory of
Matthew
Upload Your Memory View All Memories
Be the first to upload a memory!
Share A Memory
Plant a Tree