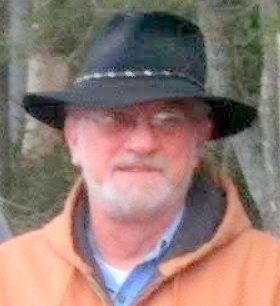 FREEHOLD – Stanley R. Ingalls passed away on Friday, August 13, 2021 at his home surrounded by his children. Born in Catskill, he was the son of the late Randall and Cornelia Yeomans Ingalls. Stanley was a graduate of Greenville Central School District. He attended SUNY Delhi, and received an Associate’s degree in mechanical drawing and Construction technology. Upon graduation Stanley enlisted in the United States Navy Seabees and served two tours in Vietnam. After returning from Vietnam, Stan returned to work side by side with his father Randall and his Uncle Walter for the family business, GNH Lumber, Inc. In 1970, Stanley married Ellen M. Bush who later died in 1985. In 1990, Stan married Helen J. Campbell and they combined their families. Stan was an active board member of the Eastern New York Lumber Dealers Association. Stan’s passion was drafting & design; his focus was passive solar homes as well as design-erected pole barns which both became his signature. In 2004 Stan uprooted the family business and relocated the flagship store from Norton Hill to Greenville, expanded into the Coxsackie market in 2008, and then to Latham in 2013. Under Stan’s leadership and drive, GNH Lumber, Inc. flourished. Stan retired in 2019, after more than 55 years in the Lumber business, receiving many accolades including “Lumber Person of the Year.” A member of the Asbury United Methodist Church in Greenville for his whole life, he served as a trustee, head of the finance committee, on the daycare board and in many other ways. He was a devoted Christian and loved his church family. Stan is survived by his seven children: Marjorie Powell, Donald Powell, Jr., Dian (Paul) Spinner, Scott (Jo-Ann) Powell, Megan (John) Lafferty, Genevieve (Thomas) Howley, and John (Jeanette) Ingalls; 11 grand-children and 3 great-grandchildren; his sister Jane Ann (Edward) McQuillen; and many nieces, nephews and cousins. In addition to his parents, Stan was predeceased by both of his wives, Ellen Bush Ingalls and Helen Campbell Ingalls. Stan has been cremated privately. Relatives and friends are invited to a memorial service and celebration of Stan’s life on Sunday August 29th, at 2:00pm at the Westerlo Town Park, 933 County Route 401, Westerlo, NY. The services will be held outdoors; casual dress please; tents / pavilion will be provided. All are invited to remain for a reception with refreshments. In lieu of flowers, memorial donations in Stan’s name can be made to the United Methodist Church Trustees, PO Box 599, Greenville, NY 12083. Condolences may be expressed at ajcunninghamfh.com
Sunday
29
August

Memorial Service and Celebration of Life

Share Your Memory of
Stanley
Upload Your Memory View All Memories
Be the first to upload a memory!
Share A Memory
Plant a Tree