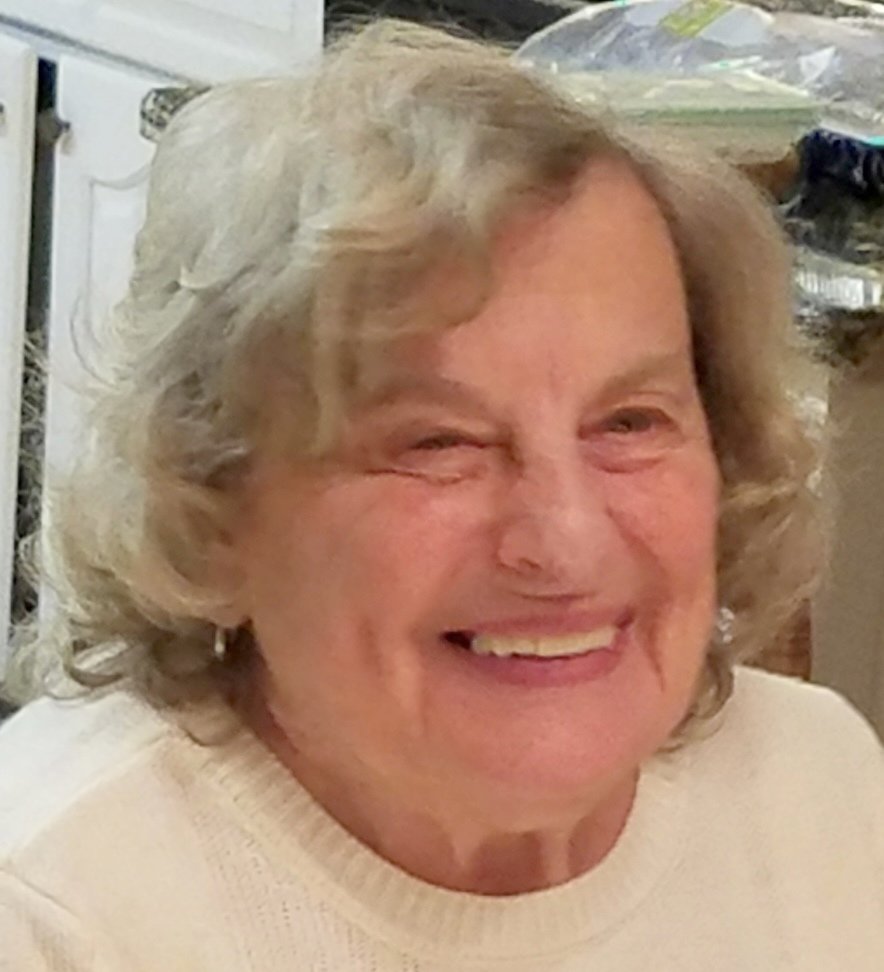 Jane Victoria Randall December 27, 1924 – July 13, 2021 Memphis, NY, formerly of Shelton, CT and Greenville, NY Jane Victoria Randall entered into eternal rest on Tuesday July 13, 2021. She was 96 years young and lived a life filled with love. Jane was the youngest of six daughters born to Victoria and John Jurek in Auburn, NY. Now she joins all of them and can rejoice in once again being with her beloved husband Bob, her daughter Sandra and son-in-law Alan, and her dear friend Bernie. After graduating, Jane accompanied a friend to a job interview at Samson Naval Base, where she not only got an unexpected job offer herself, but also met the love of her life, Bob Randall. They were married the following year and spent 49 loving years together before Bob passed in 1993. Jane and Bob settled in Greenville, NY where she lived for 50 years. Much of that time was spent as a stay-at-home mom, but as the family got older, she took a job as a library clerk in the school, and also became the village librarian. Jane didn’t know how to relax. She was always busy cooking, cleaning, ironing or sewing. She was a talented seamstress who sewed most of the clothes her four children wore. Her most treasured garment may have been one of her first – a Christening gown made for Sandra from Bob’s WW2 parachute. It has been worn by three generations so far. All made by hand, the front is delicately embroidered with the names of her children. It is still a work of art 76 years later. Everything she made was done to perfection. She left Greenville behind in 2001 to move closer to her daughter in Shelton, CT. While there, she made many friends at the Senior Center and started to dance again. Her dancing partner, Bernie, became a very special friend to her and her family. Jane was fortunate to have had two wonderful gentlemen in her life. When it became apparent Jane needed some help, her son and daughter-in-law made their home, hers, and she lived with them in Memphis, NY for the past five years. She was blessed by their loving care. Her “golden hands” are now at rest, and her family has many keepsakes to cherish – all made by her with love. Left to mourn her passing, but to smile with happiness for having had her for their mother are Diane (Jim) Mulrenan, Robert (Darlene) Randall, and Laurie (George) DeSantis. Also left behind are her ten grandchildren, Jennifer (Robert) Cicero, Christopher (Diane) Mack, Michael (Kimberly) Mulrenan, Colleen (James) MacFarlane, Erin (Matthew) Berthold, Brenden (Emily) Randall, Justin (Lisa) Randall, Rebecca (Luke) Nadzadi, Paul (Rebecca) DeSantis, and Danielle (James) Ziehl; and her fourteen great-grandchildren, Robert, Victoria, Landon, Hailey, Aidan, Kieran, Patrick, David, Zachary, Emelia, Makayla, Alyse, Ian and Sean. Arrangements are entrusted to A.J. Cunningham Funeral Home, Greenville, NY. Viewing will be held on Wednesday July 21, 2021 from 10:30 to 11am at St. John the Baptist Catholic Church, 4987 State Route 81, Greenville, NY, followed by a Funeral Mass to celebrate Jane’s life at 11am. Interment will be at the Greenville Cemetery, Greenville, NY. Condolences can be posted at ajcunninghamfh.com.
Wednesday
21
July

Share Your Memory of
Jane
Upload Your Memory View All Memories
Be the first to upload a memory!
Share A Memory
Plant a Tree