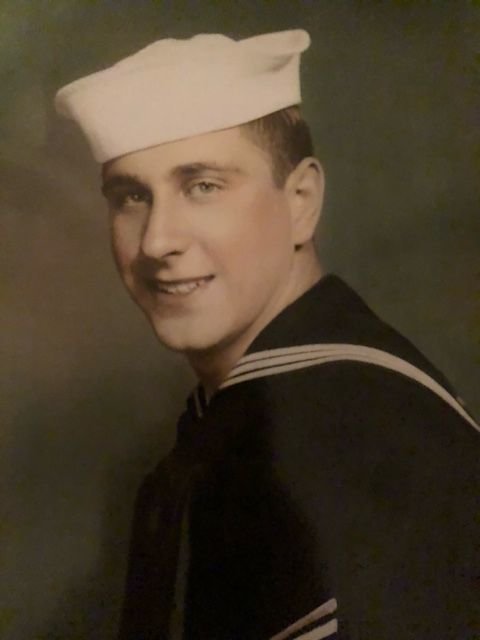 COXSACKIE – Isaac John “Ike” Revette, 83, of Bethany Village, passed away peacefully on Wednesday, May 5, 2021 surrounded by his loving family. Predeceased by his parents, Ovide and Melvina Revette, Ike was the 3rd youngest of 11 children. His family moved to Schenectady in the 1930’s, but due to the unfortunate circumstances of his mother and father passing away at early ages, Ike and a few other siblings were sent to orphanages. Ike was raised at St. Joseph’s Orphanage in Troy where he stayed until he joined the Navy at the age of 18 in 1956. He was stationed in Newport, Rhode Island aboard the USS Yosemite. His tour of duty took him to the North Atlantic coast of Europe. Following honorable discharge as a Seaman E3 from the Navy, Ike returned to the Capital District where he raised his family of four children, primarily residing in South Westerlo since 1965. Ike was employed by GE where he worked as a Machine Operator for his entire career. Ike was predeceased by his youngest son, James Isaac Revette, and is the father of Joseph V. Revette (Denise), Edward J. Revette (Barbara), and Donna J. Jaycox (Albert). He has one surviving sister, Clara LaMountain. He also has many grandchildren and great-grandchildren that will miss him dearly. Ike is also the cherished soulmate of Mary Hulbert, with whom he enjoyed many loving years together, traveling, spending time with all their family, and hosting their annual Father’s Day barbecue. Calling hours will be Monday, May 10th from 12:30 until 2 p.m. at A.J. Cunningham Funeral Home, 4898 State Route 81, Greenville. A graveside service, with military honors, will follow at 2:30 p.m. in the Oak Hill Cemetery. Donations, in memory of Ike, may be made to the Disabled American Veterans, or Community Hospice. The family of Ike would like to thank the staff at Greene County Hospice for their attentive care. Condolence page is available at ajcunninghamfh.com.
Monday
10
May

Share Your Memory of
Isaac
Upload Your Memory View All Memories
Be the first to upload a memory!
Share A Memory
Plant a Tree