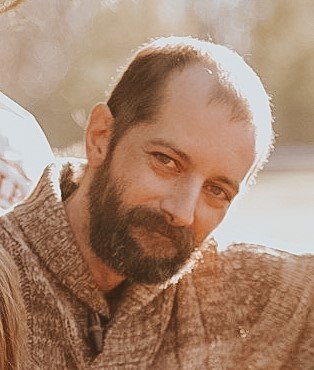 Ryan K Matson, 35, passed away in his Coxsackie home after a brief illness on March 23, 2021. Ryan was born in Catskill on December 8, 1985. If you have dined in any of the local restaurants, there is a chance that you have tasted some of Ryan’s delicious cooking. Ryan served as a cook at a variety of local restaurants, most recently working at The Cask and Rasher in Coxsackie for the last six years. Cooking was Ryan’s passion and his lifelong dream was to open his own restaurant. The only things that Ryan loved more than cooking were his beautiful daughters, Alyssa and Aubrey. Ryan was a devoted and loving father. He loved nothing more than to see them happy and they brought so much meaning to his life. Ryan was also an amazing older brother to his three sisters. He was their fiercest protector and best friend. They will never forget the time spent growing up playing The Legend of Zelda, watching scary movies, building forts in the woods, and playing hide-and-seek in the dark. Ryan was also an adoring uncle whose playfulness and hugs will be missed terribly by his niece and nephew. Ryan was a thrill seeker. In his teens and early 20’s, he was well known for skateboarding where he was not supposed to, driving fast, and even skydiving. He traded these dangerous activities for playing video games with friends after he became a father. Ryan was quiet but hilarious and his jokes and pranks will be missed by anyone who ever had the privilege of being on the receiving end. Ryan’s life was brief but meaningful. He is predeceased by his uncle Mark Matson, grandmothers Helen Matson and Elizabeth Coy, grandfathers William Matson and William Coy, and step-grandfather Jeffrey Wasson. Ryan is survived by daughters Alyssa and Aubrey, mother Linda Mallon, father Keith Matson, step-father Timothy Mallon, step-grandmother Frances Wasson, sisters Elizabeth (Dylan) Shackley-Deyo, Shannon Mallon, and Rebecca Mallon, niece Rhiannon and nephew Colin, as well as many loving aunts, uncles and cousins. Funeral services will be Wednesday March 31st, from 2:00-5:00 PM at A.J. Cunningham Funeral Home in Greenville. Ryan’s mother asks that in lieu of flowers, donations can be made in Ryan’s memory to The National Pancreas Foundation. Condolence page is available at ajcunninghamfh.com.
Wednesday
31
March

Share Your Memory of
Ryan
Upload Your Memory View All Memories
Be the first to upload a memory!
Share A Memory
Plant a Tree