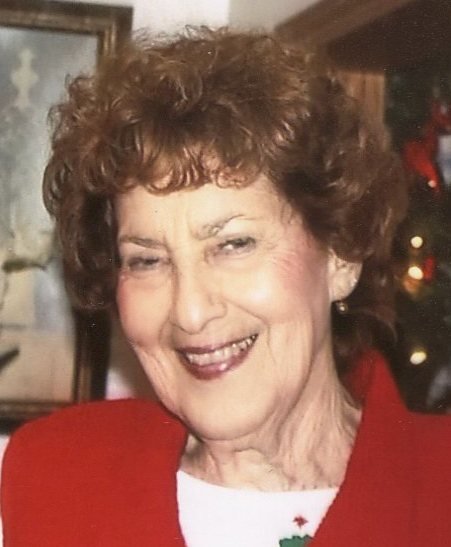 Please share a memory of Mae to include in a keepsake book for family and friends.
View Tribute Book
Mae Benedetto Ullstrom of Greenville died peacefully at St. Peter's Nursing & Rehabilitation Center on Saturday, February 27, 2021. Mae was born on July 10, 1933 and was the daughter of the late Leonard and Mary Benedetto. She was predeceased by her husband Bill Ullstrom in October of 2019 and her grandson Jeffrey Kinn in March of 2015. Mae's family came from Italy and settled in Cairo, NY where she grew up as one of seven brothers and sisters. Mae is survived by her three children, Darlene (Brian) Kinn of Greenville, Jacqueline O'Halloran of Greenville, and Michael (Darlene) Ross of Milton, VT. Mae was blessed with her grandchildren John (Erin) Kinn, Michael Kinn, Daniel Kinn, Garry (Laura) O'Halloran, Kristin (Eric) Schwendimann and 7 great grandchildren, Lauren, Jordan and Jeffrey Kinn, Palmer Liv and Clyde O'Halloran, and Aidan and Lily Schwendimann. She also had many loving cousins, nieces, and nephews from the Benedetto and DiStefano families. Mae enjoyed many years of golf at Thunderhart Golf Course in the couples and women’s league and she was a part time cashier at Bryant's Supermarket. Mae belonged to the Golden Years Club in Greenville and enjoyed all the bus trips and Sunday dinners with the group. She also socialized with many of her girlfriends playing cards and dominoes over the years. Her family meant the world to her and she will be greatly missed. We love you Mom. There will be no funeral arrangements and a private graveyard service will be held in the spring in the Greenville Cemetery. Arrangements by A.J. Cunningham Funeral Home, Greenville. Condolences can be posted at ajcunninghamfh.com.

A Memorial Tree was planted for Mae
We are deeply sorry for your loss ~ the staff at A.J. Cunningham Funeral Home - Greenville
Join in honoring their life - plant a memorial tree

Share Your Memory of
Mae
Upload Your Memory View All Memories
Be the first to upload a memory!
Share A Memory
Plant a Tree