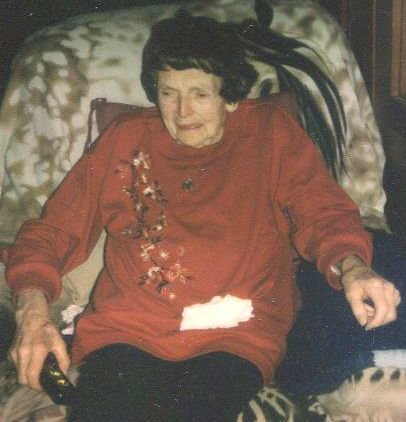 Please share a memory of Mary to include in a keepsake book for family and friends.
View Tribute Book
WESTERLO – Mary T. Fitzgerald, at the age of 90 years, passed away in St. Peter’s Hospital on Saturday, February 20, 2021. Born in New York City, raised in Ireland, she returned to New York City with her late husband, Denis Fitzgerald in 1958. Mary worked for Bell Atlantic Telephone Company for a brief time. She and Denis moved upstate to Westerlo, where they owned and operated the Shamrock Dairy Farm until 1985. Mary then worked as a house cleaner until she retired in 2001. She remained on the farm with her daughter Margaret, where many of her good friends would often stop by to visit over a cup of tea and Brown Bread, especially Sherley Hannay and her family, Mary Reilly and her family, Peter and Margaret Sedlmeir, and Nora O’Connor, her best friend, who passed away on December 10, 2020. Barney Reilly was her grateful care giver and great friend, whose care enabled her to remain in the farmhouse until her recent illness. Mary was a communicant of St. John the Baptist Church in Greenville. She was one of the first members of the Rosary-Altar Society, and one of the first members of the Greenville Irish American Club. Also known for her Irish stepdancing, she had a great faith and a strong will; she will be dearly missed. Mary is survived by her daughter, Margaret; son and daughter-in-law, Tim and Stacey Fitzgerald; grandchildren, Tim and Jackie Fitzgerald, and Sharon Fitzgerald; and her three great-grandchildren, Trenton, Warren, and Conor Fitzgerald. She was predeceased by her husband Denis on January 8, 2011; her firstborn son, Little Denis; and her brother, Timothy O’Connell. A calling hour will be on Wednesday, February 24th at 11 a.m. in St. John the Baptist Church, 4987 State Route 81, Greenville, followed by the Mass of Christian Burial at 12 noon. Interment will be later in the spring. The family would like to thank Dr. Myria Emeny, Albany County Sheriffs and EMS, and the staff at St. Peter’s, especially Dr. Windle. Memorial donations to Albany County Sheriffs and EMS, 58 Verda Avenue, Voorheesville, NY 12186 will be appreciated. Condolence page is available at ajcunninghamfh.com.
Wednesday
24
February

Share Your Memory of
Mary
Upload Your Memory View All Memories
Be the first to upload a memory!
Share A Memory
Plant a Tree