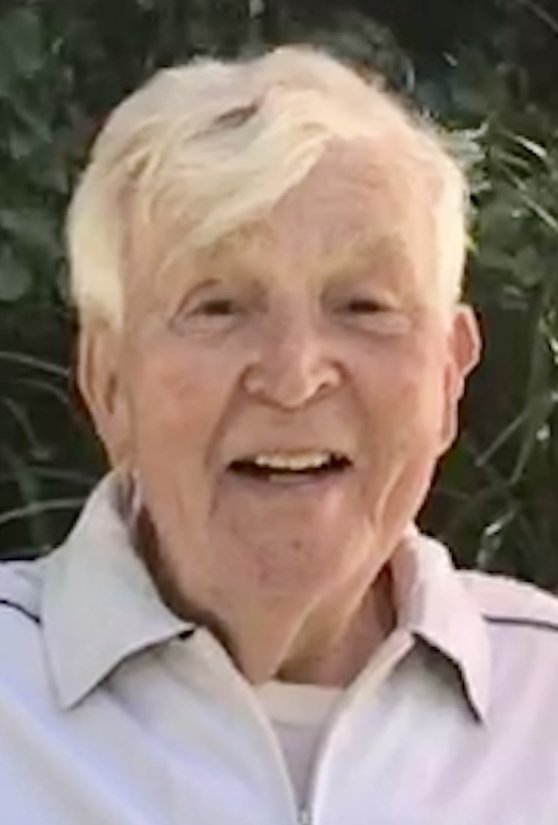 Please share a memory of Patrick to include in a keepsake book for family and friends.
View Tribute Book
Patrick Downey, age 90, of Oak Hill and New Port Richey, Fla., passed away peacefully on Monday, December 14, 2020. Pat was born on December 26, 1929 near Aghavas, County Leitrim, Ireland to the late John and Jane Bohan Downey. He emigrated to the United States in the early 1950’s, and worked for the Erie Railroad before joining the U.S. Army in 1953. Following his honorable discharge in 1955, Patrick lived in Manhattan and the Bronx, and worked for New York University and Bronx Community College as a facilities manager. While living in the Bronx, he met the love of his life, Anne (McCaffrey) Duffy who was also from County Leitrim, and finally married her after a long courtship on May 29, 1988 at St. Aidan’s Church in Williston Park. After many great years living in New Hyde Park, Pat and Anne bought their retirement home in the Catskills and one in Florida. In their summer home, they enjoyed their Irish neighbors and their Irish heritage. Pat was a devout parishioner of Our Lady of Knock Shrine, and a Fourth Degree member of Our Lady of Knock Council 6439, Knights of Columbus, both in East Durham. He also was a member of Greenville American Legion Post 291 and the Greenville Irish-American Club. Pat loved his wife, enjoyed his family, his retirement, gardening at his Oak Hill home, and was a longtime NY Giants football fan. Patrick was predeceased by his wife Anne on August 10, 2017; her daughter, Anne Marie Gormley; her grandson, Christopher Duffy; his sisters, Kathleen and Theresa Harrison. He is survived by his sister, Veronica "Bonnie" Olwill, and his niece, Anne Clarke, both in Ireland, as well as the Harrison and Olwill nieces and nephews. He is also survived by Anne’s son, John Duffy, and her nieces, Loretta Murphy and Monica Ferguson, who tended to Pat in his final months. Pat was also a grandfather to John’s children, Brian (Cathryn), Kevin, Kara Mylod (Brian), and Caitlin Meloy (Ricky), and Anne Marie’s daughter, Jean, and son, Patrick. Pat also had 7 great-grandchildren, Jack and Clare Duffy, Finn, Katherine, and Maeve Mylod, Winnie Meloy, and his favorite, his godson Matthew Shea Duffy. Calling hours will be Sunday, December 20th, from 1 to 3 p.m. at A.J. Cunningham Funeral Home, 4898 State Route 81, Greenville. Funeral Mass will be offered on Monday, December 21st at 10:30 a.m. in Our Lady of Knock Shrine, 2052 State Route 145, East Durham, followed by burial in Gate of Heaven Cemetery, Valhalla. In lieu of flowers, memorial donations to Our Lady of Knock Council Knights of Columbus, c/o Ed Barry, 142 New Ridge Road, Greenville, NY 12083 will be appreciated. Pat’s favorite activity was making pancakes at the Sunday morning breakfasts at the Knights of Columbus. Condolence page is available at ajcunninghamfh.com.

Share Your Memory of
Patrick
Upload Your Memory View All Memories
Be the first to upload a memory!
Share A Memory