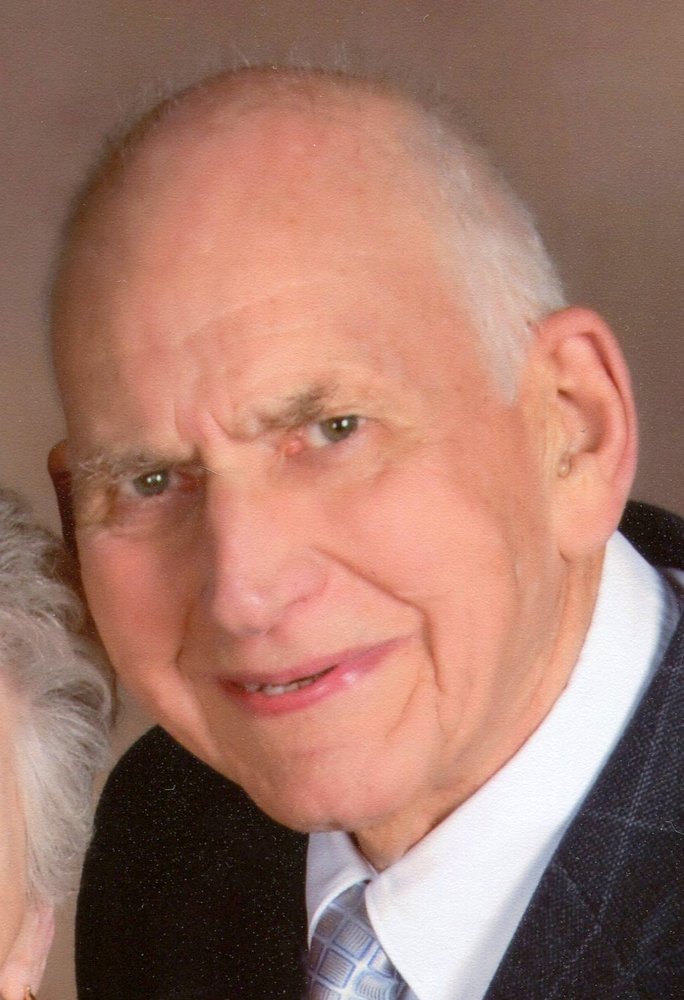 Please share a memory of Donald to include in a keepsake book for family and friends.
View Tribute Book
Gager, Donald D. SOUTH BETHLEHEM – Donald D. Gager, 88, passed away suddenly at home on Sunday afternoon, November 22, 2020. Donald DeVere Gager was born in Scranton, PA on March 19, 1932, a son of the late DeVere and Mertie Benedict Gager. He was raised and educated in Scranton, and married the love of his life, the former Rita M. Ratchford. Don and Rita moved their family to South Bethlehem in 1968. He worked as a supervisor for Agway in Guilderland Center, retiring several years ago. In retirement, Don worked for the RCS School District, as a groundskeeper in St. Patrick’s Cemetery in Coeymans, and as a funeral assistant at the former Caswell Funeral Home in Ravena. He was a member and past commissioner of Selkirk Fire Company #3 in South Bethlehem, and a Fourth Degree member of Mother McAuley Council 3424 Knights of Columbus in Ravena. Don was a communicant of St. Patrick’s Church in Ravena and served as a Eucharistic Minister and a bereavement minister. He also was a longtime member of Residents Encounter Christ (REC), a ministry to prisoners in Coxsackie Correctional Facility. Don was a man of humility, charity, and brotherly love. He extended to everyone his kindness and acceptance. While working at RCS, he regularly gave children the lunch money they forgot or did not have. He brought his faith with him wherever he went and is surely present in Heaven and reunited with the love of his life, his wife Rita. Don lived his life knowing that this world was only temporary and that his forever home is the Kingdom of Heaven. He will be missed beyond measure by his family. It is a great gift and honor to have had him as a father, grandfather, and great grandfather. Don and Rita were married almost 70 years at the time of her passing in March of 2019, and he has missed her dearly every day since. Don is survived by their children, Diane Hoffman, Donna Hagen (Ken VanAlstyne), Sean Gager (Penny), Michael Gager, and Mary Tice (Robert); grandchildren, Robert Hagen (Christine), Michelle Hagen (Irwin Mitchum), Amanda Gager (Matt Mikulski), Sean Gager (Lauren), Sarah Roberts (James), Leah Gager, Christopher Tice (Erika), and Kathleen Carroll (Steven); great-grandchildren, Kali Hoffman (Zach), Jillian Hagen, Sara Stangle, Colin and Christian Mikulski, James and Henry Roberts, and Reed and Maeve Carroll and many nieces and nephews. In addition to his wife and parents, Don is predeceased by his siblings, Reed Gager (WWII), Betty Yackamovitch, and Marion Schirg, and his granddaughter, Katie Gager. Due to COVID-19, all services for Don will be conducted privately for his immediate family. Burial will be beside Rita in St. Patrick’s Cemetery. Memorial donations to St. Patrick’s Church, 21 Main Street, Ravena, NY 12143 will be appreciated. Arrangements by A.J. Cunningham Funeral Home, Ravena. Condolence page at ajcunninghamfh.com.

Share Your Memory of
Donald
Upload Your Memory View All Memories
Be the first to upload a memory!
Share A Memory