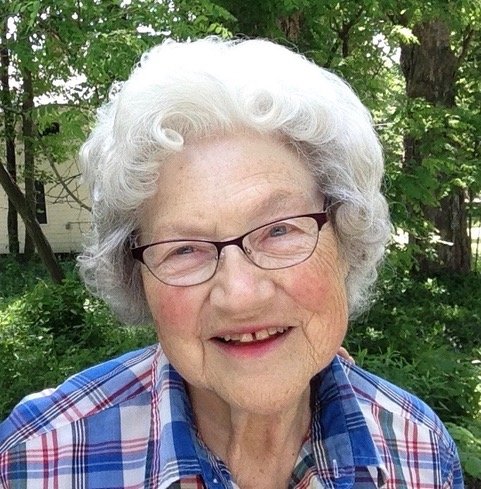 Please wait
Share Comment
A
ANDY SPENCE posted a condolence
To members of the Long family. I knew Janet through my friendship with her brother Jack. Janet loved to contra dance and came to many dances at Old Songs, Inc. She always had a happy word for everyone. The last time I saw her was at Jack's memorial. Janet took good care of Jack in his last illness, even putting together a joke book of Jack's jokes. She also helped me when I put together the concert production "Down with the Rent" the story of the farmers who revolted against the Dutch landlord who owned their land claims. She presented the concert at the Carey Institute in their summer home of Rensselaerville. I was always impressed by her love for this home and for all your family that came to visit every summer and for the Newsletter they published every Christmas. Hers was a friendship I will cherish. Love to all. Andy
Please wait
Share Comment
S
Sara posted a condolence
I remember seeing Janet at contra dances for so many years. She was always smiling. Love to her family.
Please wait
Share Comment
L
Linda Thomas, Wilmington NC posted a condolence
I saw Janet at several dance weekends and was in awe of her spirit, energy and positivity. She truly exemplified the community part of contra dancing. I can picture her up in heaven organizing a dance and telling people all about this wonderful family band from upstate NY with the funny name - Great Bear Trio... Dance in peace, Ms. Janet.
Please wait
Share Comment
A
Ann Birdseye posted a condolence
Janet came to dance with us in Charleston,SC, several years for our dance weekend. She was such a warm and cheerful spirit - by the end of the weekend everyone knew her. She was a huge fan of he Great Bear Trio. I wondered about her the last time Andrew and Noah were here to play and we did not see her. She will be missed in so many dance communities.
Please wait
Share Comment

Laura Constance Burt posted a condolence
It must have been over 40 years ago that Janet invited us over for dinner at her beautiful home she shared with John. We had two daughters at the time, the youngest perhaps only 2 years old. She was mischievous and always got into things. Janet encouraged me to allow Kristen to have a run of the house. I stayed with Janet as she prepared dinner in the kitchen, Chuck was talking to John and Jennifer was reading a book. But where was Kristen? I went into the study and there she was in the process of taking a sheet of postage stamps, licking it and gluing it to the wallpaper!! I quickly took it off the wall and replaced it on Janet's desk. Unfortunately, I never said a word about it to Janet when I returned as I wanted to stay in her good graces. The following summer, I was at Myosotis Lake and sitting next to me were Janet's college-aged daughters writing letters to their friends (remember when we all did that?) and one of the daughters said 'I don't understand. I can't get these postage stamps to stick to the envelope!" I confessed to her daughter what had happened nearly 7 months ago and we all had a good laugh.
Please wait
Share Comment
A
Annie Mailloux uploaded photo(s) 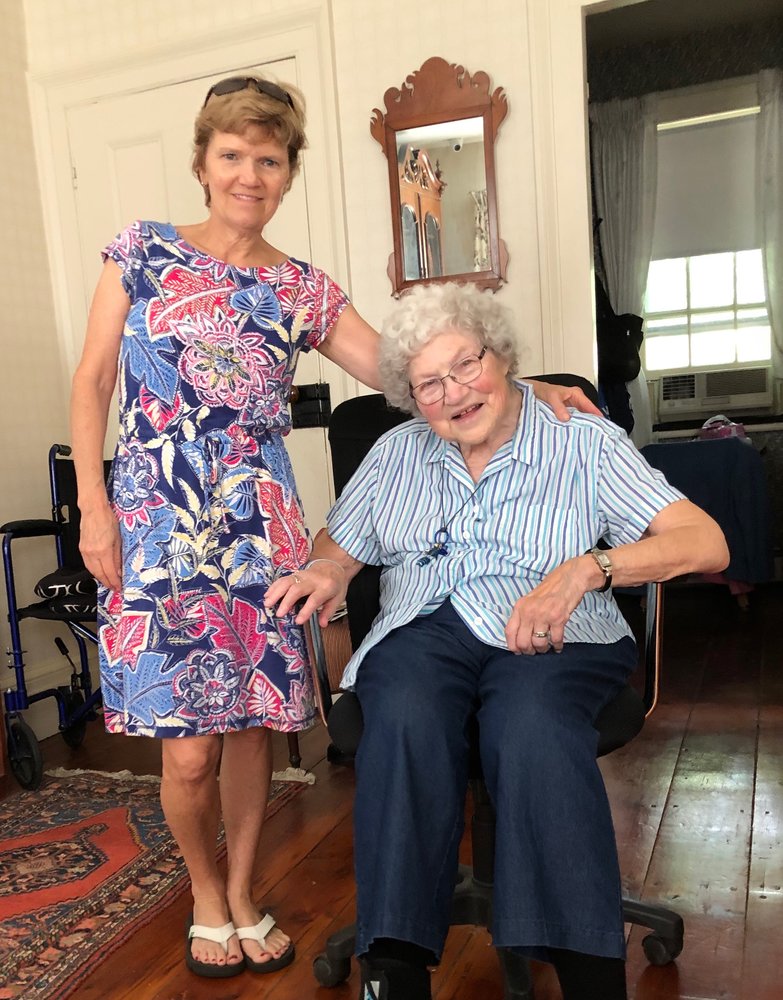 Janet wanted a picture of me since I had a dress on two years ago in Rensselaerville, NY I don't wear dresses that often so I told her if theres a picture of me in a dress then you have to be in it with me. I sure will miss her I always looked forward to seeing her, and bringing something I baked to her. Love you always Janet! Annie
Please wait
Share Comment
A
Anne Leber-Smigel posted a condolence
"Eat Mo Shad!" I attended one of the famous Shad festivals with my grandmother, Eveleen Olson and my aunt, Hazel Olson. I believe that was the first time I met Janet. I wonder if I still have that T-shirt somewhere. My condolences to your family.
Please wait
Share Comment
C
Christine Moore lit a candle

Thank you to all of Janet's family for sharing her. We so enjoyed her when she came to visit daughter Lynne here in New Bern. She was great because she laughed at all my husband's stories. We shall miss her wonderful spirit. Love Oliver & Christine Moore
Please wait
Share Comment
R
Ray Schiller posted a condolence
I first became acquainted with Jack Long many years ago and would have long discussions over coffee about the economy. Janet moved into the Long house and slowly I noticed home improvements and Jacks bachelor ways disappeared. Janet was always helping out our family and shared many visits and conversations. We will miss her.
Please wait
Share Comment
J
The family of Janet Long Haseley uploaded a photo

Share Your Memory of
Janet
Upload Your Memory View All Memories
Be the first to upload a memory!