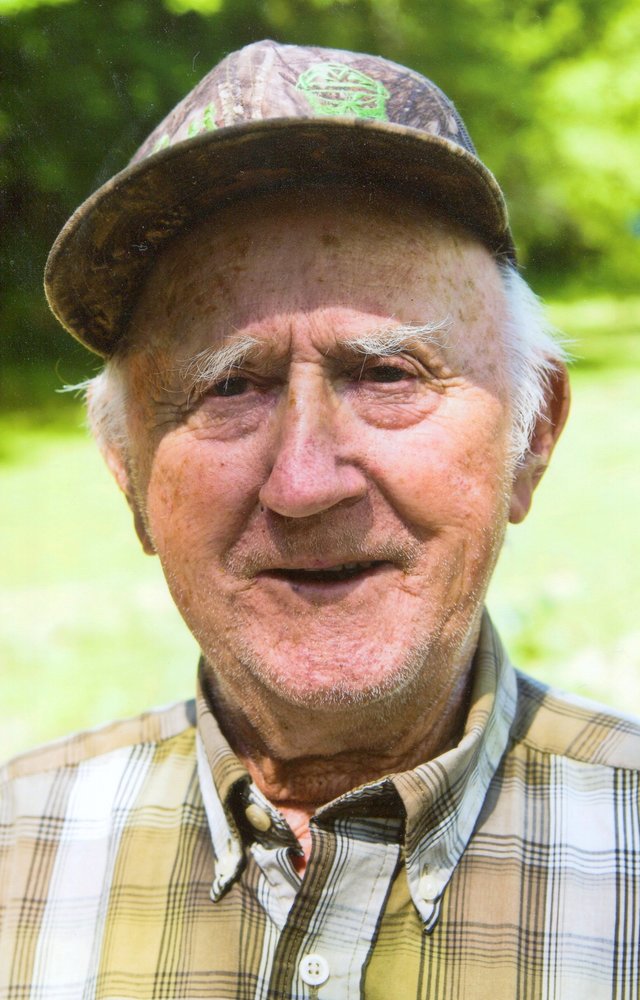 PRESTON HOLLOW - James Eldon Cook, 92, passed away on Tuesday April 28, 2020 at Columbia Memorial Hospital. He was born on the family farm in Preston Hollow on March 18, 1928 to the late Dean and Clara Bates Cook. He attended the one room school house in Potter Hollow, and then worked various jobs throughout his life. He worked for Beckers Feed in Grand Gorge, drove the milk route for can milk, retired from the NYS Environmental Conservation, and maintained the Potter Hollow Cemetery for years. He worked endless hours on the home farm, as well as on neighboring farms. He loved the outdoors, including hunting, fishing, and especially wood cutting. He enjoyed hauling sap to the sugar house in the spring. He was no stranger to hard work. He could out work most his age. A man of not big stature, but was head and shoulders above most with his love and support of family. Later joys in his life included breakfast at Angel’s East Cafe with his noted waffle sundae: 2 scoops of ice cream, strawberries, blueberries, and sometimes whipped cream. In addition to his parents, he’s predeceased by his sister, Olive; and his brothers, Oliver, Ernest, and Lawrence. Eldon is survived by his brothers, Maurice Cook and Walter (Wilma) Cook; his nephews, Stephen and Shawn Cook; many other nieces and nephews; and his beloved dog, Buster. Services had taken place privately. In lieu of flowers, donations in Eldon’s memory can be made to any charity of one's choice. Condolences can be posted at ajcunninghamfh.com.

Share Your Memory of
James
Upload Your Memory View All Memories
Be the first to upload a memory!
Share A Memory