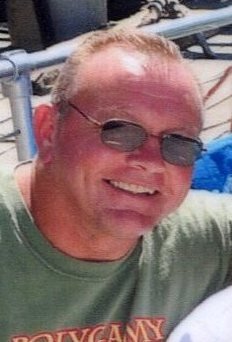 WESTERLO - After a courageous battle with lung cancer, Willie passed away on Monday, April 13th, 2020 at St. Peter’s Hospital. As with so many others during these Coronavirus times, it was so frustrating not being able to be by his side. Willie was born August 7th, 1958 in Albany, NY. He lived in Dormansville/Westerlo all of his life. He was the son of the late Bernice (Hotaling) and Richard Van Iderstine, Sr. Wilfred was a 1977 graduate of Greenville Central School. He was a hard worker who had many skills for just about any job, from working at the Original Applebee’s feed store and Woodruff’s, to doing masonry at Paddock Pools. When his daughter was born he started working for the Albany Water Department. He was the Chief of Security with the City of Albany Water Board for 21 years until his retirement in 2017. He was a very active member of the Westerlo Zoning Board, Westerlo Rod and Gun Club, and Dormansville Methodist Church for many years. He loved his family (making what he thought was his mother’s coleslaw for all family gatherings), hunting was his passion (deer and turkey season were national holidays for him and his close buddies), vacationing at the Cape, being in the woods, spending time with his daughter, and telling stories. One of his friends said he was the GIVER. That he certainly was. He was always there for everyone else. He would give you the shirt off his back, and probably did once or twice. However, during his battle he never wanted to be an inconvenience to anyone. He never understood that he was someone people wanted to give back to. As to his story telling, no one could tell a story like him. The next time you heard a story, it was most likely embellished a bit. He had a great smile and a contagious laugh. Willie is survived by his wife of 36 years Renee (Wisenburn); his best friend and beautiful daughter Autumn; his sisters Risë and Sharon (Paul) Van Iderstine, his brother Roger of Tennessee, brother-in-law John Barkley, sister-in-law Tonya Van Iderstine, his father-in-law John Wisenburn, mother-in-law Nancy (Steve) Smith, brothers-in-law John (Angel) and Daniel (Wendy) Wisenburn. In addition to his parents, Wilfred was predeceased by his sister Denise (John) Barkley, brothers Richard, Jr. (Linda); Garry (Tonya) and Darrin Van Iderstine. He is also survived by his nieces Linda Van Iderstine, Andrea Irizarry, Alicia (Frank) Lomeo, Alyssa Wisenburn, Madison Wisenburn, Chelsea Ruggiero, and Brianna Seymour; nephews Richard III (Lisa), Jeffrey (Tina) Van Iderstine, Steven (Aliexa) Irizarry; Johnny Wisenburn III, and Jacob Ruggiero; Great nieces Samantha, Stephanie, and Megan Van Iderstine; Great nephew Richard IV Van Iderstine, Nolan and Sawyer Brown, Samuel Irizarry, Noah Seymour, and Caeden Glindmyer; Grand-niece Luna Belle and Grand-nephew Richard V. He will be deeply missed by his entire family, hunting buddies (who were more like family), and many, many friends. Anyone who knew Willie knows how amazing he truly was. We can’t begin to imagine life without him. The family would like to thank the nursing staff at St. Peters for their care of Willie and patience with his sisters during the stress of these times. Thanks for what you do. Also a special thanks to all of Willie’s wonderful hunting buddies/dearest friends for helping him and the family these past few years. Relatives and friends are invited to attend the burial service, which will be on Saturday, April 18th, at the Onesquethaw Cemetery at 12:30pm. Due to the current circumstances there will be a small viewing for immediate family only. We will be holding a proper memorial/celebration of life at a later date for all other friends and family. In lieu of flowers, memorial donations to St. Jude Children’s Research Hospital, 501 St. Jude Place, Memphis, TN 38105 or online at stjude.org will be appreciated. Condolence page at ajcunninghamfh.com.

Share Your Memory of
Wilfred
Upload Your Memory View All Memories
Be the first to upload a memory!
Share A Memory