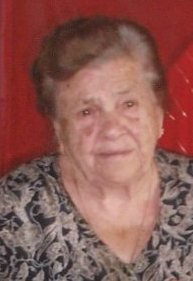 WESTERLO – Egeziaca “Jessica” Rufa, 106, passed away peacefully on Monday March 9, 2020 at the Community Hospice Inn at St. Peter’s Hospital. She was born in Frosinone, Italy on November 20, 1913 to the late Peter and Dominica Perciballi. She was raised in Italy and in 1929, she married Vincent Rufa. She raised her family in Italy before the family moved to America in 1954. They all settled in the Bronx, where she worked as a seamstress. In 1988, she moved to Westerlo, where she joined St. John the Baptist Church and became a member of the Rosary Society. Jessica enjoyed cooking, crocheting, and gardening. In addition to her parents, she is predeceased by her children, Maria Rufa, Josephine Cestra, and Benny Rufa; and her siblings, Peter Cerquiddi and Nena Perciballi. Egeziaca is survived by her children, Ida Pironi and Peter Rufa, fifteen grandchildren, and several great and great-great grandchildren. Calling hours will be held on Thursday March 12th from 4 to 8pm at the A.J. Cunningham Funeral Home, 4898 State Route 81, Greenville. A Funeral Mass will be held on Friday March 13th at 11am at St. John the Baptist Church, 4987 State Route 81, Greenville, followed by burial in Greenville Cemetery. Condolences can be posted at ajcunninghamfh.com.
Thursday
12
March

Share Your Memory of
Egeziaca
Upload Your Memory View All Memories
Be the first to upload a memory!
Share A Memory
Plant a Tree