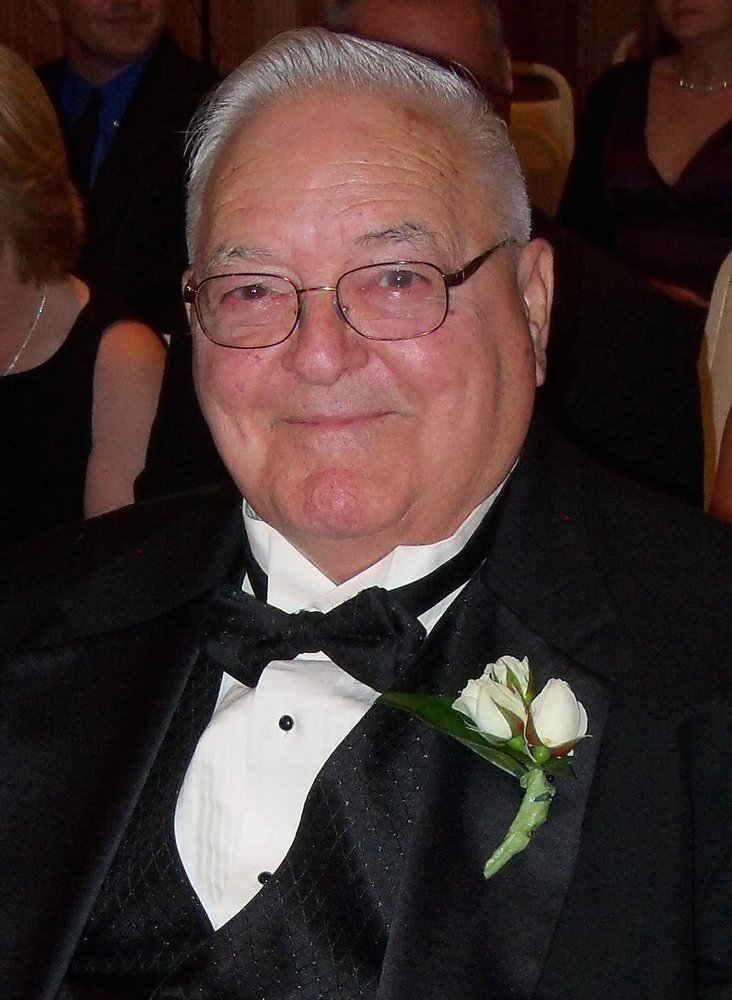 Gordon Eugene Baker, 90, passed away on Thursday February 6, 2020 after a brief illness. Born in Hudson, NY on August 16, 1929, Gordon was the eldest son of Howard and Elizabeth Baker of Chatham. He was the brother of Joseph Baker, who predeceased him in 2019, and of Barbara Rogers, of Titusville, FL. Gordon was predeceased by his first wife, Shirley Parks Baker in 1957, and by his second wife, Norma Beatty Baker in 2004. Gordon is survived by his seven children, Alan Baker (Colleen) of Atascadero, CA, Deborah Fox (Dennis) of Rensselaer, NY, Kathleen Cutler of Greenville, NY, Gail Brown Bensen of Glenmont, NY, Thomas Baker (Elizabeth) of Glenville, PA, Eric Baker of Hudson, NY, and Sharon Baker (Michael Bonaparte) of Niskayuna, NY. Gordon is also survived by sixteen grandchildren who will fondly remember his remarkable memory, quick wit, and the best homemade mac and cheese on the planet. He also had nine great-grandchildren, and four great-great-grandchildren. Gordon graduated from Martin Van Buren High School in 1946, drove professionally for fifty years and served as assistant shop steward for the International Brotherhood of Teamsters. He retired from M & G Convoy in 1995. A member of the United Methodist Church for seven decades, Gordon was a fixture preparing meals in the church kitchen. In addition to his love of cooking, Gordon was a voracious reader and storyteller. Gordon has been privately cremated and calling hours will be held on Monday February 10th from 2 to 4pm at the A.J. Cunningham Funeral Home, 4898 State Route 81, Greenville, followed by a remembrance service at 4pm. Interment will be at the Greenville Cemetery at a later date. In lieu of flowers, donations can be made in Gordon’s memory to The Community Hospice at www.communityhospice.org/donate or to the American Cancer Society, 1 Penny Lane, Latham, NY 12110. Condolences can be posted at ajcunninghamfh.com.
Monday
10
February

Share Your Memory of
Gordon
Upload Your Memory View All Memories
Be the first to upload a memory!
Share A Memory
Plant a Tree