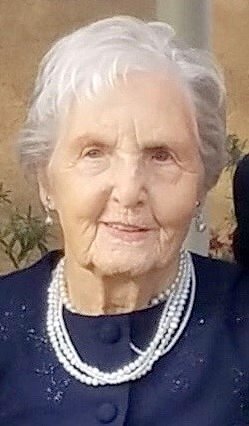 GREENVILLE - Gertrud “Trudy” Cunningham, 90, passed away on Saturday January 11, 2020 in Las Vegas, NV. She was born in Goeppingen, Germany on September 28, 1929 to the late Albert and Anna Bromm Geiger. She lived in Switzerland for a couple years before moving to the United States in 1957. After marrying the late Leland A. Cunningham and moving to Greenville, Trudy became a member of the United Methodist Church of Greenville and Norton Hill, now known as the Asbury United Methodist Church, where she volunteered at the Thrift Shop. Trudy was also a part of a Domino Women’s Club, and a very competitive tennis player at the Senior Games in Cortland, New York, downhill skier, and cross country skier with the Albany Ski Club. She also enjoyed vacationing abroad visiting family and friends and showing Lee the beautiful country she lived in. Trudy’s passion was working outside her home keeping a pristine presentation of beautiful flowers. Trudy was always ready to have a party with family at Pine Lake Manor as it was a very special time being with family. Trudy was a wonderful stepmom, an awesome Tanta Trudy to all her Grand and Great grandchildren, and a dear friend to all who knew her. She will surely be missed. In addition to her parents and husband, Trudy is predeceased by her grandson, R.L. Cooke; her great-grandchild, J.J. Stiles; her brothers, Albert and Kurt Geiger; and her son-in-law, Bob Swartwout. Trudy is survived by her step-children, Carol (Don) Reed, Curtis (Nancy) Cunningham, and Judy Swartwout; her grandchildren, Christina Galante, Ruey Bryan, Leslie Graziano, Debbie Holden, Donna Coon, Jason Reed, Kellie Swartwout, Cindra Stiles, and Michael Swartwout; her great-grandchildren, Christopher deRozier, Steven deRozier, Carly Bryan, Cody Bryan, Shea Swartwout, Cooper Swartwout, Michael Stiles, Daniel Stiles, Samuel Graziano, Violet Graziano, Zachary Lee, Ruby and Rose Reed; her siblings, Emma Baumann, Gisela Jung, and Norbert Geiger; and many nieces and nephews. Trudy has been privately cremated. Calling hours will be held on Saturday January 18th from 10am to 12noon at the Asbury United Methodist Church, 5830 State Route 81, Greenville, followed by a memorial service at 12noon. In lieu of flowers, donations can be made to the Asbury United Methodist Church, PO Box 599, Greenville NY 12083. Condolences can be posted at ajcunnignhamfh.com.
Saturday
18
January

Share Your Memory of
Gertrud
Upload Your Memory View All Memories
Be the first to upload a memory!
Share A Memory
Plant a Tree