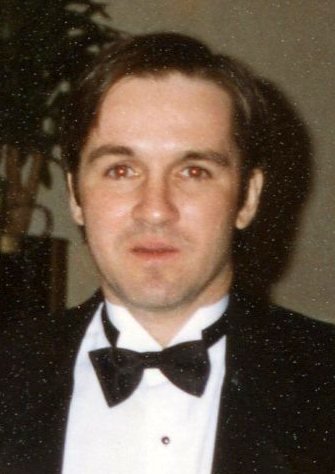 GREENVILLE – James P. Cuffe, 57, passed away suddenly on Sunday January 5, 2020. He was born in Jersey City, NJ on May 30, 1962 to Marion Reynolds and the late James P. Cuffe. He was raised in Hillsdale, NJ, and after graduating high school, he attended Herkimer Community College and Fulton-Montgomery Community College. He resided in Greenville with his beloved wife of 27 years, Eileen Krell Cuffe. He worked as an IT Tech for Zones nfrastructure in Menands, NY. James was a past president of the Ancient Order of Hibernians in Greene County. He enjoyed riding motorcycles and going to rock and roll shows. James is survived by his wife, Eileen Cuffe; his mother, Marion Reynolds; his brother, Michael Cuffe; his sister, Patti Cuffe; his nieces, Amanda Cuffe and Maura Feeney; and his nephews, Rory Feeney, and Sean and Kevin Cuffe. As per his wishes, James has been privately cremated. A Memorial Mass will be taking place at a later date. Condolences can be posted at ajcunninghamfh.com.

Share Your Memory of
James
Upload Your Memory View All Memories
Be the first to upload a memory!
Share A Memory
Plant a Tree