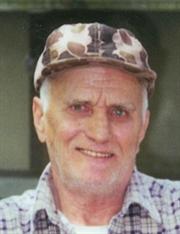 SCHODACK LANDING - Robert P. &quot;Bob&quot; Dudley, age 81, passed away on Monday, June 4, 2012 at Kaaterskill Care Center in Catskill. Born in Brooklyn on Sept. 8, 1930, he was son of the late Lester P. and Mae Hager Dudley. Bob moved with his family at an early age to Westerlo, where he was raised. He worked for the former Albany Tomato Company, and later for Associated Transport, before working as a service technician for Hobart &amp; Company in Albany, retiring several years ago. Bob and his wife Mary also owned and operated the former Dudley's Grocery Store in Schodack Landing, and the former B &amp; M Restaurant on South Pearl Street in Albany. Bob was an Army veteran of the Korean War. He was a member of the Valatie Rod &amp; Gun Club and a 25-year member of Schodack Landing Fire Company, where he was Past Chief. He enjoyed fishing, hunting, and watching sporting events. Bob is survived by his wife, Mary Ann Palmeri Dudley; his sons, Perry L. and Robert S. Dudley; grandson, Jason Dudley; sister, Grace Anne Dudley Hare; brother, Kenneth (Anna) Dudley; sister-in-law, Madolyn (Donald) Smith; several nieces and nephews. In addition to his parents, Bob was predeceased by his brothers, Lester, Charles, Frank and Harry Dudley. Calling hours will be Thursday from 4 to 8 p.m. at A.J. Cunningham Funeral Home, 4898 State Route 81, Greenville. The funeral will be Friday at 11 a.m. at the funeral home, followed by burial in Greenville Cemetery. In lieu of flowers, memorial donations to the Schodack Landing Fire Company or the Castleton Ambulance will be appreciated. Light a candle at ajcunninghamfh.com.
Print
Friday
8
June