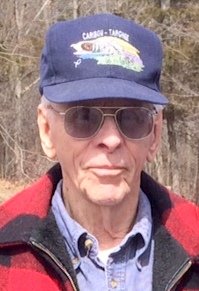 EAST DURHAM – Robert F. Zimmer, 90, passed away peacefully on Sunday November 17, 2019 at Columbia Memorial Hospital after a brief illness. He was born on March 13, 1929 in Brooklyn to the late Frank and Maude Schoener Zimmer. After graduating high school, he joined the Army during the Korean War. He was Honorably Discharged in 1952 and soon moved up to his grandmother’s property in Cornwallville. He lived on Maude Farms, where he was a horse trainer and ran a taxi service from NYC to East Durham.  Bob also worked for many years as a truck driver for Amos Post Company.  In his later years, Bob helped many neighbors and friends with property maintenance and lawn work.  In addition to his parents, he was predeceased by his wife, Marilyn Matthews Zimmer; his step-children, Jeffrey S. and Bruce Duncan; his siblings, Frank G. Zimmer, Arthur W. (Dolores) Zimmer, and Marguerite M. Wieder.

Robert has been privately cremated. Calling hours will be held on Saturday November 23rd from 10am to 12 noon at the A.J. Cunningham Funeral Home, 4898 State Route 81, Greenville, followed by a memorial service at 12 noon. His ashes will be interred at the Saratoga National Cemetery in the springtime. In lieu of flowers, donations can be made to the Greene County Veterans Service Agency, 159 Jefferson Heights, Catskill, NY 12414.  Condolences can be posted at ajcunninghamfh.com.