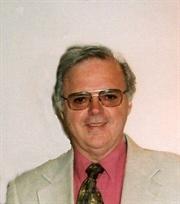 Obituary of George B. O'Neill

George B. O'Neill, age 67, of Livingstonville, passed away on Friday, Jan. 13, 2012 at Albany Memorial Hospital. George was born in Catskill on Sept. 2, 1944, son of the late George C. and Mary Rose Bryan O'Neill. He served in the U.S. Army from 1966 to 1968, and was honorably discharged from the Army Reserve in 1972. He was employed as a substance abuse counselor at Hudson Correctional Facility for several years, then for over 20 years at Summit Correctional Facility, retiring Dec. 30, 2010. George was a co-owner of O'Neill's Cafe in Cairo and the former O'Neill's Tavern in East Durham. He enjoyed all types of music, especially jazz. George was a communicant of Our Lady of the Valley Church in Middleburgh, and was a member of Durham Valley American Legion Post 1416. George is survived by his wife, Marge, and children, Sean, Liz, Annie, Liam and Lalena; 18 grandchildren, two great-grandchildren and many friends. Calling hours will be Tuesday from 2 to 4 and 7 to 9 p.m. at A.J. Cunningham Funeral Home, 4898 SR 81, Greenville. Durham Valley American Legion Post 1416 will conduct a service at 8 p.m. The funeral will be Wednesday at 11 a.m. at Our Lady of Knock Shrine, 2052 SR 145, East Durham. Spring burial will be in Winston Cemetery, East Durham. Light a candle at ajcunninghamfh.com.
Print
Wednesday
18
January