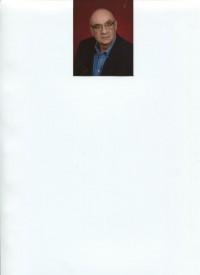 WESTERLO - Leonard Gregory Kastle, 82, American composer, pianist, and filmmaker, passed away peacefully at home on Wednesday, May 18, 2011 after a brief illness. The son of Russian immigrants Samuel and Anna Kastle, he is survived by his sister Norma Merker, niece Cecelia Levin, and devoted friends Tina Sisson and family. Kastle is best known as writer and director of &quot;The Honeymoon Killers&quot;, his only film credit which received critical acclaim when released in 1970. Chosen by the Museum of Modern Art for inclusion in its film archives, the film still enjoys great success in revival at film festivals and was recently released on DVD as part of the Criterion Collection. Kastle received musical training at a young age at Juilliard and the Mannes School of Music, studying piano with Frank Sheridan and composition with George Szell. He held a piano scholarship with the famous concert pianist Paul Wittgenstein from 1942-1952. Kastle received his Bachelor of Arts degree in 1950 from the Curtis Institute of Music, where he held scholarships in composition with Rosario Scalero, Gian-Carlo Menotti and Samuel Barber, in addition to a piano scholarship with Isabelle Vengerova. Kastle's musical works have been performed throughout the Capital Region, and he has been recognized on several occasions by the Albany Council for the Arts for his contributions to music in the greater Albany area. He served as Visiting Professor of Humanities and Fine Arts at the State University of New York at Albany from 1978 - 1989 where he taught musical composition. The recipient of numerous awards, commissions, and grants, Kastle earned first prize in the Leschetitsky Piano Competition (1948). Under commission from the Wallace Scudder Foundation, his opera &quot;Deseret&quot; premiered on the NBC Television Opera Theater (1961), followed by a Deerfield Foundation grant to compose the opera &quot;The Pariahs&quot; (1966). Winner of the Baxter Prize for Choral Composition (1963), a NEA grant (1974), two Meet-the-Composer grants (1981-1985) and a NYS Arts Council Arts-in-Education grant for his children's opera, &quot;Professor Lookalike and the Children&quot; (1988). His numerous orchestral, chamber, vocal, and operatic works are archived in the M.E. Grenander Department of Special Collections and Archives, SUNYA. A gathering of friends will be held on Sunday, May 22, at 11 AM, followed by a memorial service at 12 noon at St. Michael's Episcopal Church, 49 Killean Park, Colonie, NY 12205, where Mr. Kastle served as church organist. Light a candle at ajcunninghamfh.com.
Plant a Tree
Print
Share A Memory
Plant a Tree