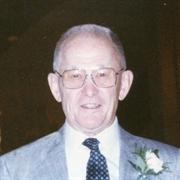 Lawrence Applebee (95) of Dormansville, NY passed away on Feb. 18, 2011 at the Orange City Care Center, Orange City, FL. He was born in Dormansville, NY on July 5, 1915 son of the late Albert &amp; Myrtle (Wilsey) Applebee. A graduate of G.C.S. , he was a one time Dairy Farmer, a Rural Mail Carrier out of the Dormansville Post Office and operated the G.L.F. &amp; Applebee Bros. feed and farm stores. Lawrence was an exceptional athlete, playing basketball &amp; baseball &amp; was a member of the P.H. Sod Busters baseball team. He was also a private pilot and at one time built a Chris Craft boat for use on Saratoga Lake. After his retirement he enjoyed his time with his late wife Mildred in Fl and helped his son Jerry at Hilltown Farm &amp; Garden in the summers. He was even known for his home made bread which he would gladly distribute to his many friends. His loving wife, Mildred (Snyder) Applebee &amp; a son Barry Applebee predeceased him. Surviving is a son Gerald Applebee (Mary Lynn), a daughter Janet Berry (James) a former daughter-in-law Pamela Jones (Tommy) &amp; his grandchildren, Ethan Applebee, Stephanie Hinsey &amp; David Berry. Friends may call at the A.J. Cunningham Funeral Home on Tues. March 1, 2011 from 11am to 1pm. Interment will follow in the Chestnut Lawn Cemetery, New Baltimore, NY. Those who would like to remember Lawrence in a special way may donate in his memory to the Westerlo Rescue Squad, PO Box 12, Westerlo, NY 12193. Light a Candle at ajcunninghamfh.com.illtowHilltown Agway in the summers.H
Print
Tuesday
1
March