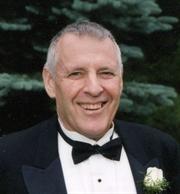 Greenville - Robert C. Augstein (69) passed away on February 3, 2011. Born in Catskill, NY on March 31, 1941, he was the son of Beatrice (Tryer) and the late Paul C. Augstein. Bob grew up and spent most of his life in Greenville &amp; was a member of the Class of &quot;59&quot; of G.C.S.. He served as an officer and volunteer for the Greenville Volunteer Fire Company for many years. He was a member of the Greenville Rescue Squad; FFA; 4-H; Greene County Holstein Club and Farm Bureau. Bob spent several years driving truck - an occupation he enjoyed very much. When he wasn't working, his favorite activities were boating, fishing, camping, and hunting. He is survived by his mother, Beatrice; daughters, Denise Breithaupt (Jeff), Karen Fusco (Mike) and Joanne Augstein-Collins (Sandy); grandchildren Joe, Toni, Danielle, Allison, Sal, Nick and Kiley; brothers, Edward (Sue), James (Elaine), Paul (Marianne), and William; sisters Elaine Chanteloup and Dorothy Coleman; as well as many nieces and nephews. In addition to his father, Bob was predeceased by his nephew, C. Paul Augstein. Funeral service will be Tues. Feb. 8 at 7PM at the A.J. Cunningham Funeral Home, 4898 SR81, Greenville, NY. Friends may call at the funeral home from 4 to 7PM prior to the service. The Greenville Vol. Fire Co. will conduct a service at 6:30PM. To remember &quot;Bob&quot; in a special way the family has requested donations to the Greenville Volunteer Fire Company. Light a candle at ajcunninghamfh.com.