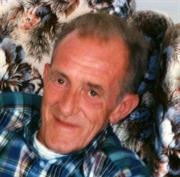 Britton, Raymond F. WESTERLO - Raymond Frank Britton went to be with the Lord on Monday, January 31, 2011. He was born August 9, 1930 and was son of the late Frank E. and Dorothy (Irish) Britton. He was a graduate of Greenville Central School, class of 1949, and married Jean F. Lasher in October of 1958. He was a dairy farmer and worked part-time at the original Bryant's Market in South Westerlo. He became Town Clerk and later Supervisor for the Town of Westerlo in 1964. He was instrumental in establishing the Westerlo Town Park. At that time, he was a member of the Albany County Board of Supervisors. He worked briefly for the Albany City Water Board, and later became Director of Operations for the Albany County Department of Public Works until his retirement. He was a past member of the Westerlo Democratic Social Club and the Helderberg Hilltoppers Camping Club. At one time, he was a Deacon at the Westerlo Reformed Church and in later years became a trustee of South Berne Congregational Christian Church, where he helped in the planning and building of the church hall. An avid camper, he loved to travel, and he and Jean spent many happy winters in Florida. He was a devoted husband for 52 years to his wife Jean, and beloved father to Elaine J. Nevins (husband Thomas R. Nevins); also survived by his brother, Donald Britton; grandson, Steven Thomas Nevins; several nieces, nephews and cousins. In addition to his parents, he was predeceased by his sister Elaine M. Britton in March of 1942. Calling hours will be Saturday, Feb. 5 from 10 a.m. to 1 p.m. at the A.J. Cunningham Funeral Home, 4898 SR 81, Greenville, followed by a Christian service at 1 p.m. with Rev. James C. Mullooly officiating. Spring burial will be in Westerlo Central Cemetery. In lieu of flowers, contributions in his memory to South Berne Congregational Christian Church, 101 Church Road, Berne, NY 12023 will be appreciated. Light a candle at ajcunninghamfh.com.
Print
Monday
1
January