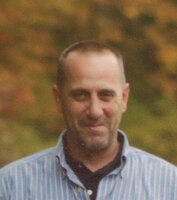 was born in Catskill on .  He was raised in Preston Hollow and graduated from .  He was employed as a truck driver and heavy equipment operator.  enjoyed hunting, being a “shade tree mechanic”, and family gatherings.

has been cremated privately.  Memorial calling hours will be on Friday, November 18th from to at A.J. Cunningham Funeral Home, 81, .  In lieu of flowers, memorial donations to the Sheehy-Hallenbeck campaign at freefunder.com will be greatly appreciated.  Condolence page is available at ajcunninghamfh.com.