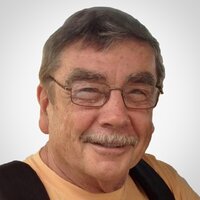 Born , in , he was a beloved community member of and was a U.S. Marine Corps veteran, serving from 1959-1964, and retired as an NYPD Detective First Grade in 1990. After retirement Bill worked as a bus driver for and 20+ years at Sunny Hill Resort and Golf Course. Bill was a 45-year American Legion member, during which time he served several roles including Commander, Chaplain, and Treasurer.

During his time with the NYPD, Bill worked undercover Narcotics, was on the security details for both NYC Mayor Ed Koch and NYPD Commissioner Benjamin Ward, and was a bagpiper with the Pipes & Drums of the NYPD Emerald Society, accompanying them on an eventful tour of in 1984.

Bill has been privately cremated. Calling hours will be held on Saturday July 23rd from to at the A.J. Cunningham Funeral Home, 81, . An American Legion service will be held at , followed by Military Honors. In lieu of flowers, donations can be made to the Greenville American Legion Post 291, PO Box 132, Greenville, NY 12083. Condolences can be posted at ajcunninghamfh.com.