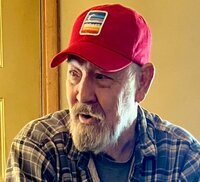 RENSSELAERVILLE – Roger P. “Rog” Winn, Sr., 74, passed away on Wednesday, May 11, 2022. He was born on January 24, 1948, a son of the late Loren and Nellie Winn. Roger was a strong willed, smart, straight-forward man. He was old-school, very independent and hardworking. Roger was a Jack of all trades – there wasn’t a project he couldn’t do or accomplish. He spent many years truck driving for Borwegen Trucking and Gorman Brothers. In his later years, Roger worked as a custodian at Greenville Central Schools, where he was loved by many. He was extremely caring and generous to his family and friends. Roger especially enjoyed driving his “Old-Tyme” cars, attending car shows and meeting up with the guys for coffee. He always had a special place in his heart for all of his family and his little companion, “Ezzy”. He was loved dearly, will be greatly missed, and never forgotten. Roger is survived by his children, Tammy (Bob) Kohler, Nellie (Doug) Yeomans, Roger Winn Jr., Kevin (Cyndi) Winn, Wendy (James) Elwyn, and Thomas Winn; his siblings, Janet Bates, Bernice Heath, and Lorrine Helmedach; many grandchildren, great-grandchildren, nieces and nephews. At Roger’s request, he has been cremated, and the family will have a private service at a later date. Condolence page is available at ajcunninghamfh.com.