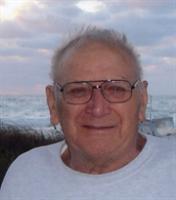 Stephen J. Tirpak 79, East Durham, NY, passed away on February 2, 2011 while at his seasonal home in Florida. He was a loving husband for 56 years to his wife, Marilyn and a beloved father to Stephen (Karen) of Oak Hill, Joan of Glenmont, Laura of Medusa and Susan (Sonny) of Rensselaerville. He was the best grandfather to Jennie &amp; Keith Shufelt and Kayla &amp; Kelly Tirpak. He was loved by many nieces and nephews. He is survived by his brothers, Richard Tirpak (Virgina), James Tirpak (Margaret) and his sisters, Maureen Anderson and Dorothy Fersch (John), and his sister-in-law, Katheleen Tirpak. He is predeceased by his parents and brothers Edward &amp; John Tirpak. He served in the Marine Corp. 1950-54, member of the East Durham Fire Co., American Legion. He was the Durham Town Justice and served on the Town Board. His favorite hobbies were flying his Cessna plane, hunting, playing cards and dominoes, and telling jokes. But most of all, he enjoyed going up north to his lake house on Sacandaga Lake to spend time with his family and friends. Funeral service will be Sat. Feb. 12, 3:30 pm at the Cunningham Funeral Home, 4898 SR81 Greenville, NY. Friends may call at the funeral home on Sat. from 12 noon to 3:30 pm prior to the service. Spring interment will be in the Oak Hill Cemetery in the Spring. In lieu of Flowers, donations can be sent to: &quot;Tidewell Hospice&quot; at 3355 26th Street, West, Bradenton, Florida 34205 or The Durham Volunteer Ambulance. Light a Candle at ajcunninghamfh.com.